With gratitude to Andrew McKINLEY for sharing his research into this family.

Timmy RAY and his son, Timmy junior, were both well-known showmen who travelled the district with their fairground, over wintering at the Jovial Dutchman Croft, Crich.

Timmy married widow Sarah Ann BISHOP (nèe MARTIN) in 1907 at Chesterfield. She had a daughter, Maria.

Newspaper Obituaries
SHOWMAN TIMMY DIES, 73
One of Deryshire's travelling showmen, Timmy Ray , was buried at Crich and will be missed this summer in the Derbyshire Peak District.
Timmy, who was born in a showman's caravan at Alfreton, died in Chesterfield Walton Hospital. He had only been admitted hours earlier. Timmy, a bachelor, was 73.

DEATH OF MR T. RAY
A familiar face at Derbyshire fairgrounds, Mr Timmy Ray (73), died last week in Walton Hospital after a short illness.
Mr Ray lived in a caravan which he towed with his children's rides and amusements from fairground to fairground.
He was the last member of the Ray familywho for many years have toured Derbyshire fairgrounds.
Mr Ray was born in Alfreton but buried in his family grave at Crich following a sevice at the parish church on Tuesday.

Father and son brought their travelling fair to Crich and many occasions setting up in the Jovial Dutchman Croft, close to Crich Cross.

October was Crich fair time and I used to sit in our window bottom and watch for Timmy Ray's big showman's engine, pulling a caravan and trailer into the Dutchman croft. He later went and fetched the rest of the equipment. We used to go and watch them setting up the roundabout (carousel) with its horses, the swingboats, coconut shies, rifle range, ball in the bucket, roll a penny (I am sure the lines used to move when the pennies got near them) and the slot machines. After visiting the fair we always saved a copper or two for chips and peas from Mrs Brumwells, that was really living!!! The fair stayed open for two to three weeks, then everything was packed away into the big wagons and they wintered in the Croft. 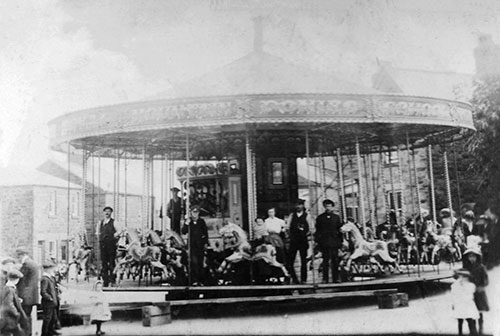 Extract from the article Bygones "Travelling fairs added a touch of excitement to the lives of country people" by Neil CALLADINE based of information provided by Andrew McKINLEY.

Derby Daily Telegraph 15 February 2012
Familiar names such as Cox, West, Oadley, Bell and Sykes presented wakes fairs in the Peak District villages, but one of the best known fair men, still remembered to this day, was Timmy Ray, whose transport always bore the name “Outdoor Amusements”.
Some of the places Timmy would visit included Monyash, Youlgrave, Wessington and Crich.
One story told to me by the late Henry Bell was that Timmy would be at Crich at the same time as Bell’s fair (this would have been a normal occurrence, in many instances two or even three fairs would take place in the same village and competition was fierce).
Bell’s had a man called David Limb working for them and Henry recalled his father dressing David up as Charlie Chaplin and sending him on to Timmy Ray’s fair, handing out monkey nuts to tempt people onto Bell’s fair.
Bell’s would also travel to other parts of Derbyshire and their run would include Repton, Ticknall and Hartshorne as well as Denby.
In more recent times, Timmy Ray is remembered by many for his high swing boats but, before the war, he had a steam switchback roundabout and a set of galloping horses which he transported with a traction engine. He died in 1982 and was buried in the churchyard at Crich, as were the rest of his family.
For a time, his fairs were carried on by Mick Keeling, of Glutton Bridge, Buxton, who had bought Timmy’s lorry and carried on using the name “Outdoor Amusements”.
He would visit places such as Longnor, Youlgreave and Hartington. He recalled one visit to Hartington when he parked his lorry in the same position used by Timmy Ray only to be told by one  local that he had parked it the wrong way round – Timmy always parked it the other way!
Mick carried on for some years before the smaller wakes fairs ceased to be a viable proposition.
Timmy’s lorry has now been sold into preservation but Mick still operates at larger shows and rallies and his transport still bears the name “Outdoor Amusements”.
The Cox family would, on occasion, accompany Timmy Ray and others with their large rides. They were originally a mining family from Codnor.  Although they no longer visit the Peak District, they still present wakes fairs elsewhere in Derbyshire to this day.
Sykes, too, would also frequently provide opposition to Timmy Ray and would visit Youlgrave, Parwich, Darley Dale, Longnor and Hartington.
Their business had started with a coconut shy. They bought the components a bit at a time from a local timber yard.  When it was complete, they would open with it in various pub yards at weekends.
They gradually built up the business until they had a complete fair consisting of swing boats, stalls and a roundabout.
They began touring the Peak District in 1937 and presented their last fair in a field behind Calow church in 1966.
A much larger fair presented in the area was that of the Oadley family, from Alfreton.  Some members of the family also used the name West, although there seems to be no known reason for this.

The Fairsground Association of Great Britain: NEWSLETTER, volume 1, No, 4; edited by Michael A. Smith; July 1978
3-ABREASTS on PERMANENT SITES: Western ENGLAND
G37: Marshall Hill: Hayling Island: Savage
Another of the more iteresting sets, this Savage lot has at some time been built to thirteen sections! It looks as though it may have started life as a 4-abreast, bur little is known of its early history. One of its early owners is thought to have been the Corrigan fanily, who later sold it to Timmy Ray (Derbyshire). J.A. Pullen acquired the set from Rays in August 1949, and a few years later it passed to the present owner. 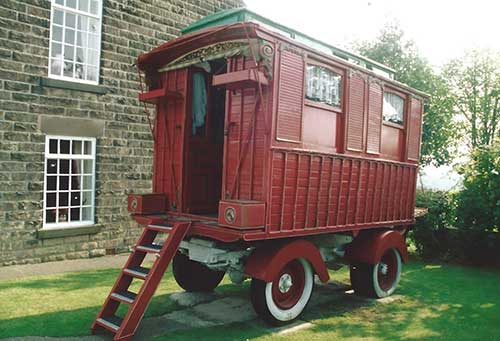 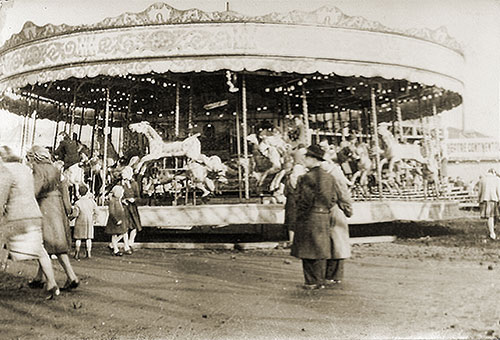 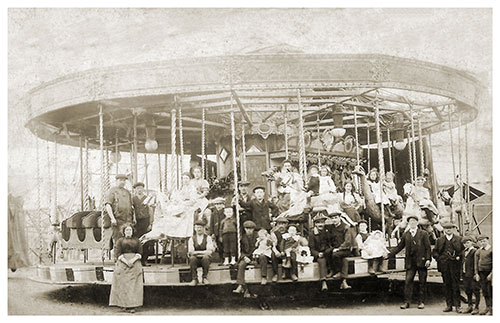 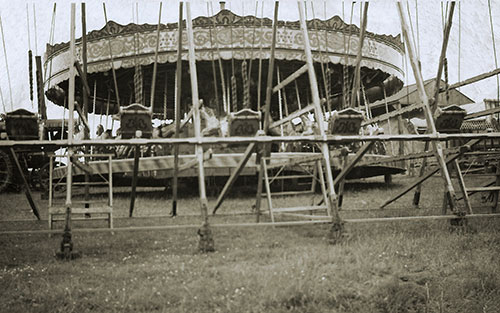