Thomas AMATT, of Crich enlisted at Liverpool on 8 December 1877 aged 23.
He was 5ft 8in tall; fresh complexion; grey eyes; brown hair; C of E.
He had 21 years service being discharged 29 Oct 1892
On 9 December 1881, whilst serving he married Harriet WISE on Guernsey, she was a local girl.
He was posted to India in 1884.
In 1891 he was living with his family in Army quarters at Dover.

On his discharge the family moved to Newton, near Blackwell where he died in 1899 aged forty-five. 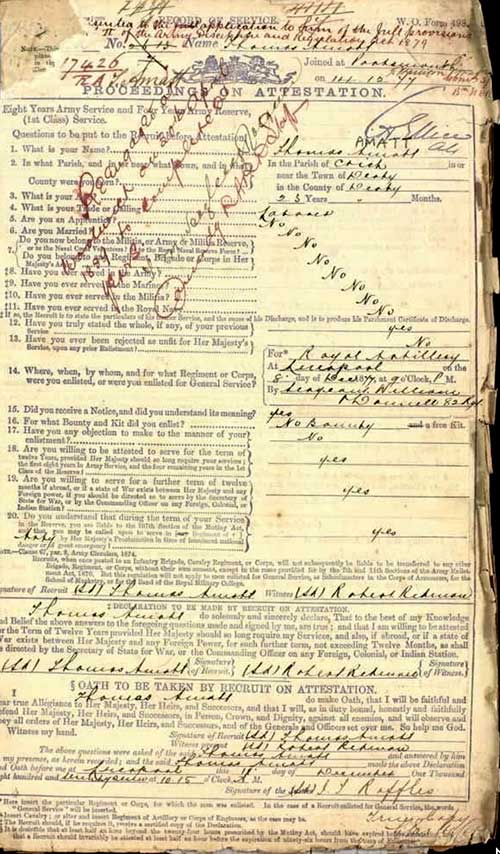 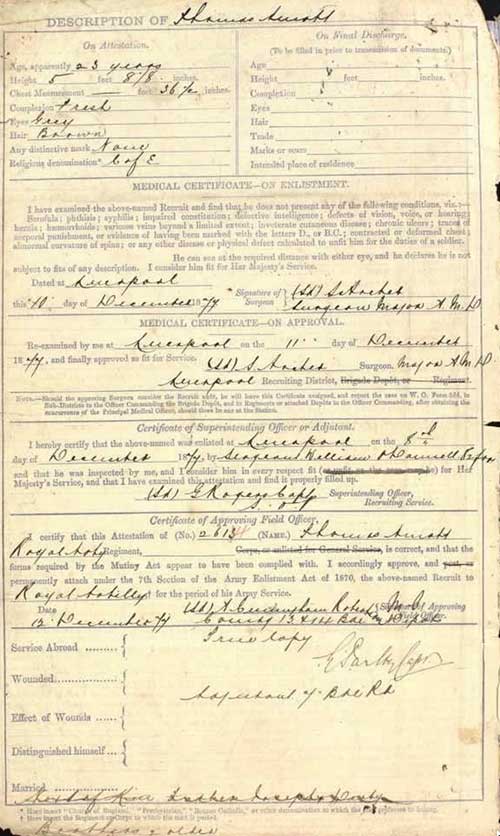 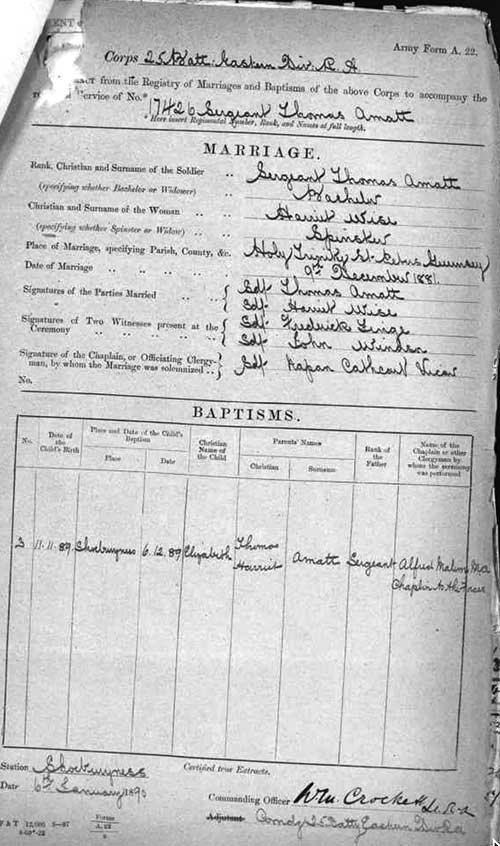 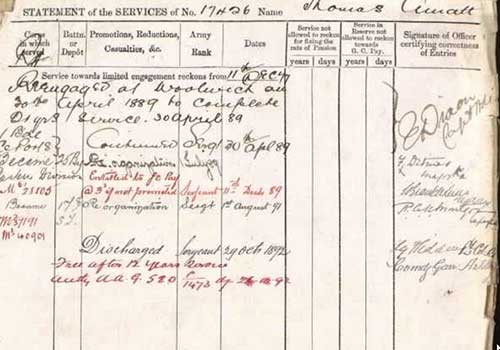 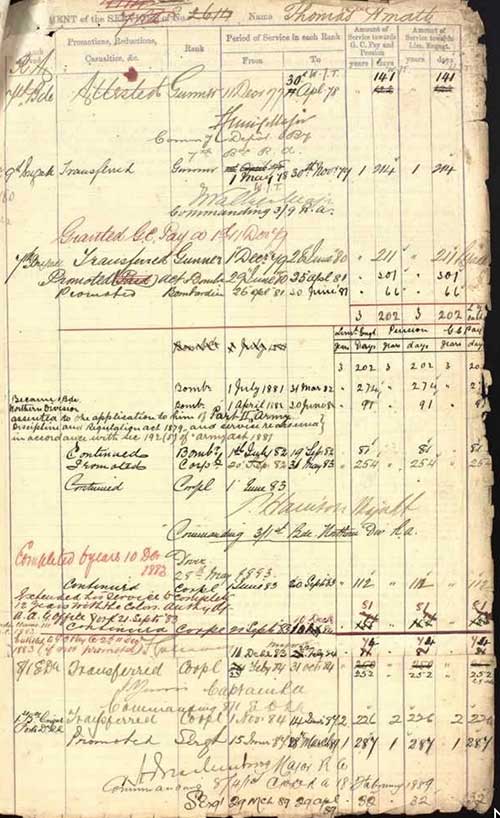 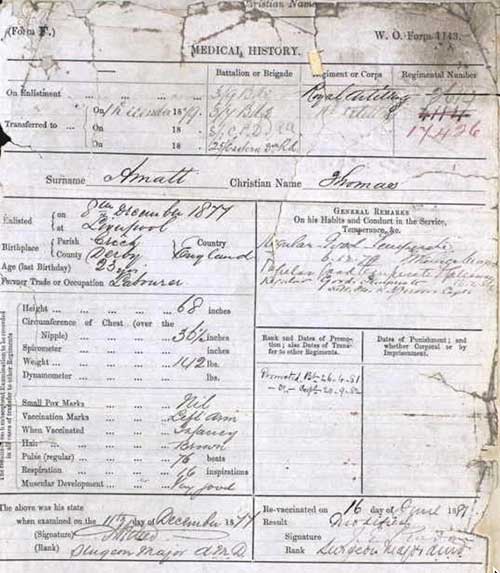 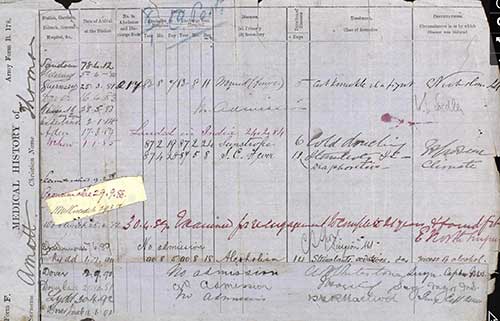 No baptism record found for Thomas. There was a William Thomas AMATT registered at Belper in Q4 of 1853 but no supporting information found.

To confirm the 1899 death a search was carried out for his family in the 1901 census. Only daughter Mary Ann was found living at Newton.

Mary Ann's place of birth being India confirms her as the daughter of Thomas and Harriet. However, Mary AMATT with whom she was loving is not her mother – most probably her grandmother, given the age of 72 years.