Derbyshire Times and Chesterfield Herald 6 April 1872
CRICH CHURCH – THE TING TANG BELL
I send you the following extract, which I have recently culled from the “Additional Manuscripts” in the British Museum.
“The old custom at Crich church of ringing the sermon bell after chiming all the bells, was discussed in 1709, and the method of ringing the sermon bell first, then chiming all the bells, and lastly ringing the small bell called the Ting-Tang (which last had been dumb, viz, had no clapper in it for 70 years) was introduced, at the time were John WALKER, vicar; Joseph GODDARD, curate; David WOODHOUSE and George BACON Jr, churchwardens. The inside of the church was white-washed at the same time (1709). The last time it was done was in 1773.”
H.F.C.
[TheTing-Tang Bell is still to be seen in the Crich belfry, and there can be little doubt that it is the old Sanctus bell, removed from the bell cot on the east gable of the nave.Vite “Notes on Crich Church.” ED]

Derbyshire Times 8 January 1898
CRICH CHURCH BELLS
In commemoration of the Diamond Jubilee, Crich parish church’s had the fine old peal of bells renovated, after they had been in use very long time. On the last night of the year just ended, overhauled by Messrs J. Taylor and Son, Loughborough the eminent founders. The “go” of the bells is all that can be desired The Crich ringers were assisted in the formal opening by some of the friends in the same line from Ripley and Alfreton. After several peals, the company adjourned to the house of Mr HALLSWORTH, the Bulls Head, where, through the generosity of Mr J.T. LEE, a splendid repast was provided…
[there followed a lengthy report of the occasion]

In Charles Cox's book "Churches of Derbyshire", printed in 1879, he writes a wonderful history of St Mary's Church. In that article he writes about the church bells as follows:
There is a ring of five bells in the tower :
I. "John Dod, John Feepound C: Wardens, MDCCXXI".
II. "Feare God honor the King, 1671",and the bell mark of George Oldfield.
III. "I. Saxton, G. Silvester, Churchwardens. I. Goddard, Minister, 1771".
IV. "Hec Campana sacra fiat Trinitate beata, 1616", in Lombardic capitals, highly decorated.
V. "All men that heare my mornfull sound, Repent before you lye in ground. 1626".

There is also above these a small bell, that goes by the name of the parson's bell. There is no inscription or date upon it, and it may possibly be the old sanctus bell that used to hang over the east gable of the nave.
From some further notes of Reynolds, we learn that the 3rd bell (or, as he says, the 4th), which was broken and sent to Rotherham to be recast, on Saturday, March 30th, 1771, formerly bore " Jesus be oure spede B. E. B. W.," the founder's mark of Henry Oldfield, and the date 1583 circumscribed within a small circle. He also states, in a note dated 1770, that there were only four bells in the steeple up to 1721, when the first one was cast. 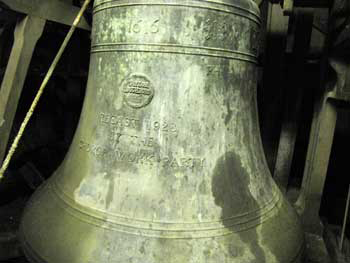 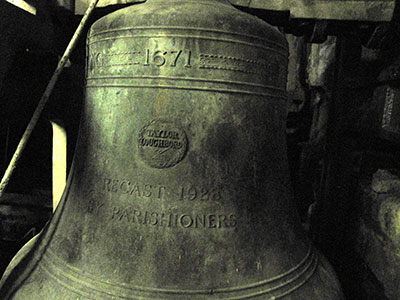 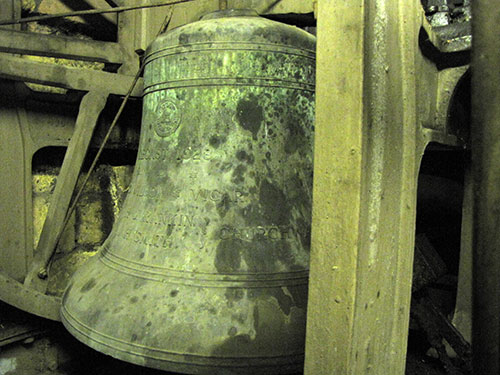 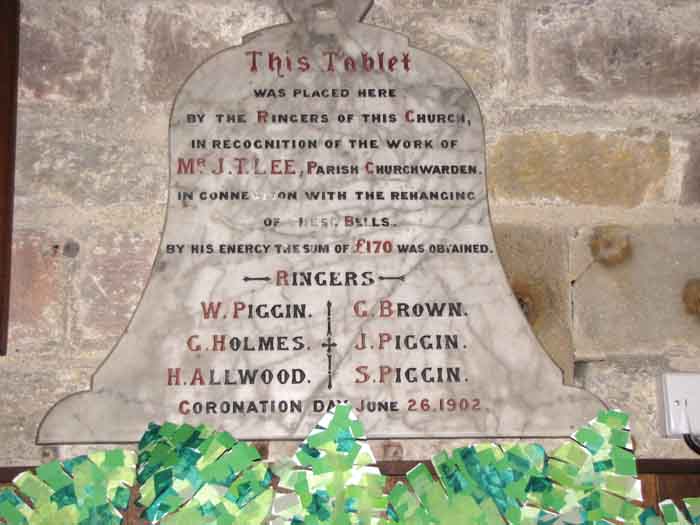 Two bells were added after WW1 making a peal of eight bells. 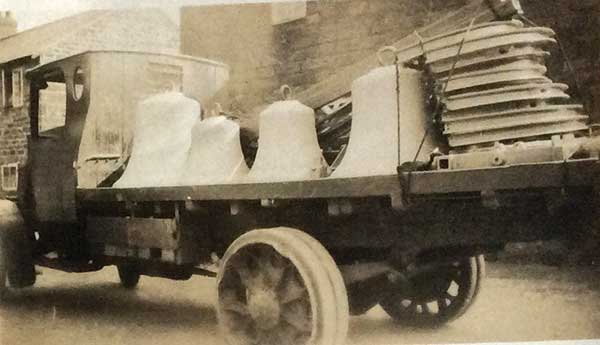 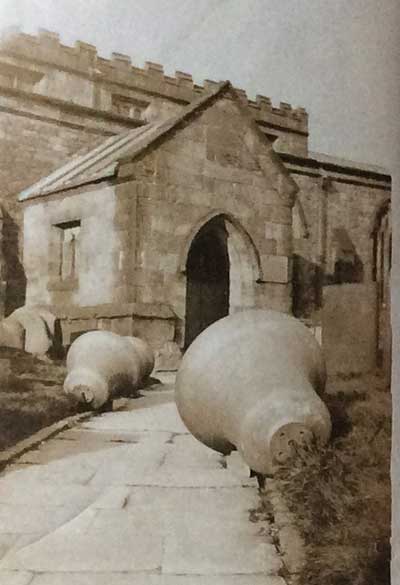 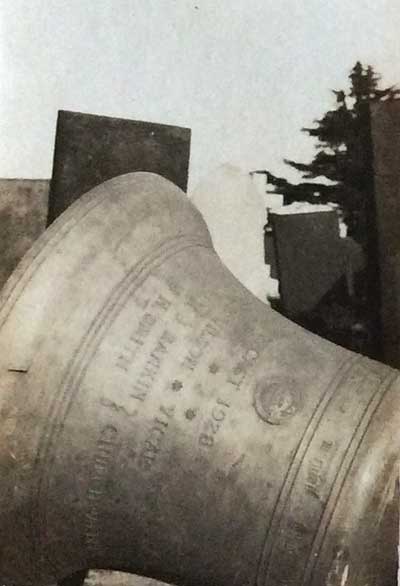 The fourth bell is dedicated to Captain William Else who was killed in 1918. 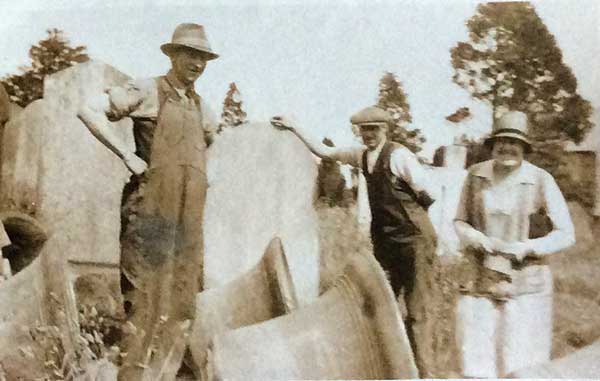 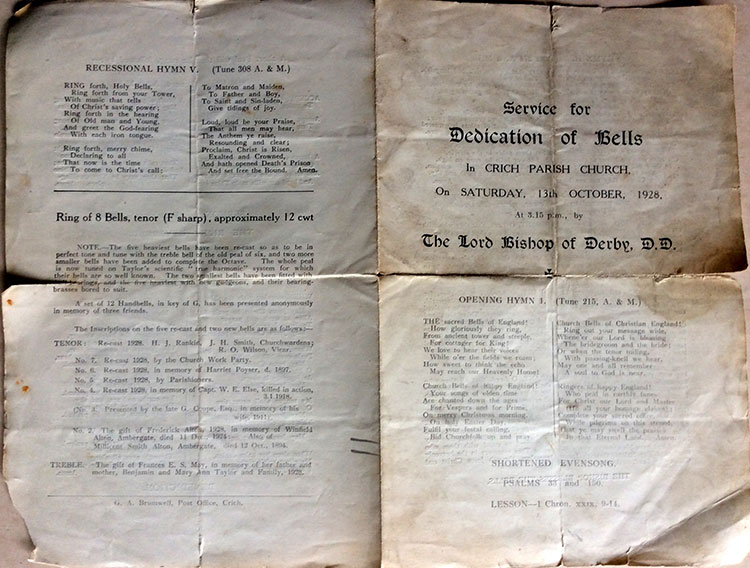 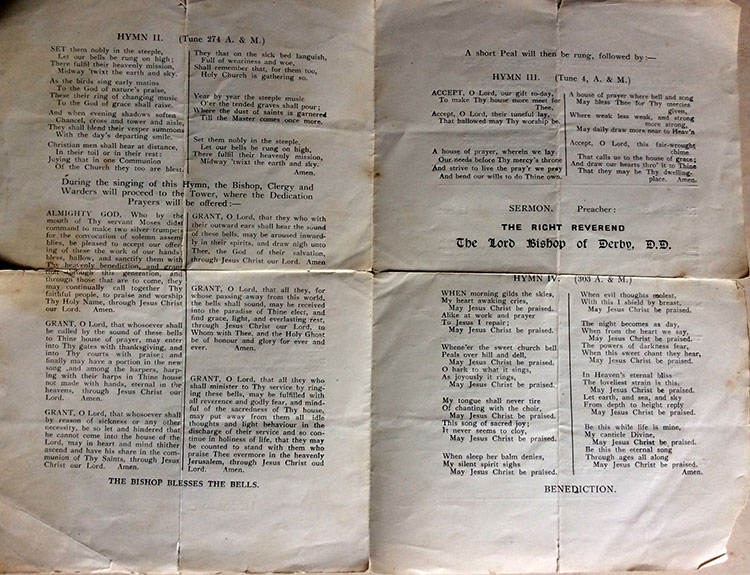 In 1929 a celebratory peal of Grandshire Triples was made. 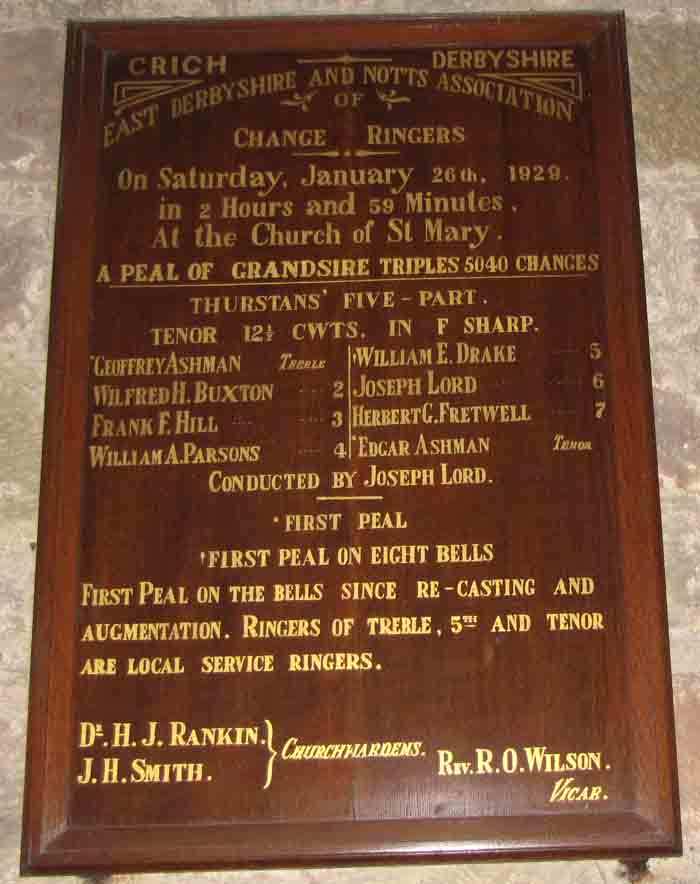 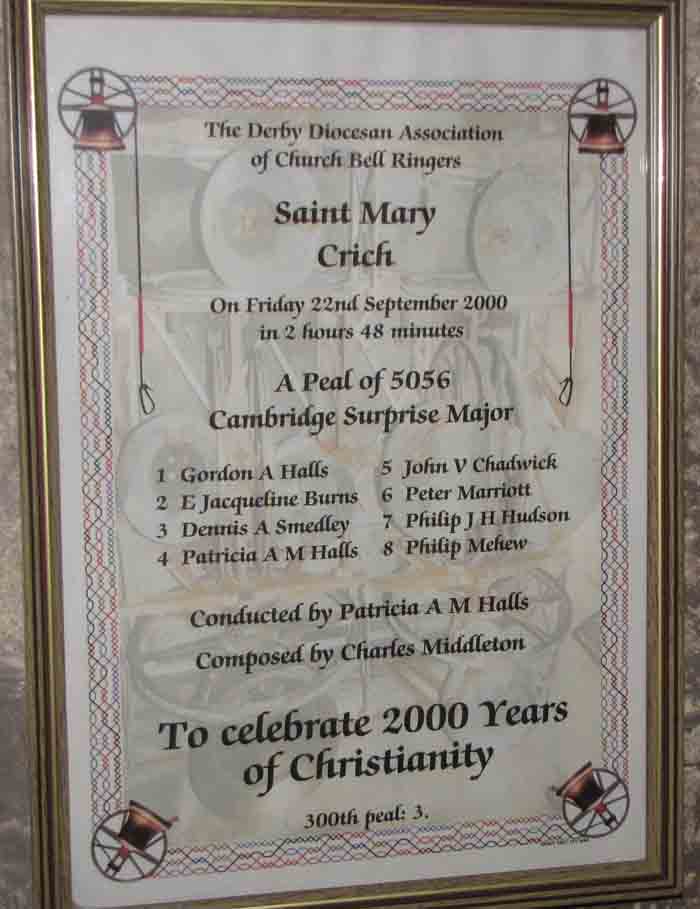