Derby Mercury 19 April 1876
CRICH
Here, under the superintendence of the Local Committee, a thoroughly good supply of pure water has been provided for the inhabitants of Crich Carr, whilst the committee, at their last meeting, decided to turn their attention to providing a better supply of water for the Hamlet of Fritchley.

Derbyshire Courier 12 July 1879
I notice that the Crich Parochial Committee have been considering the question of supplying Crich with water, and have cast their longing eyes upon that well-watered suburb of Crich, “The Carr”, for the required supply.
One of the most astute men that ever resided at Crich, the late eminent conveyancer, Michael JESSOP, Esq, of “The Mount,” had a pet project for supplying Crich with water by means of a turbine or ram – a project which I expect is identical with that entertain by the Crich P.C., on the 25th ult., Which was probably neither more nor less than an echo of Mr JESSOP’s idea.
I presume a reservoir of sufficient capacity and elevation would be required into which the water should be forced. If this project could be carried out without too large an outlay, it would be the finest thing that has yet been done for Crich.

In the 1880s there was some controversy over the management of the Crich Water Committee as reported in the press: 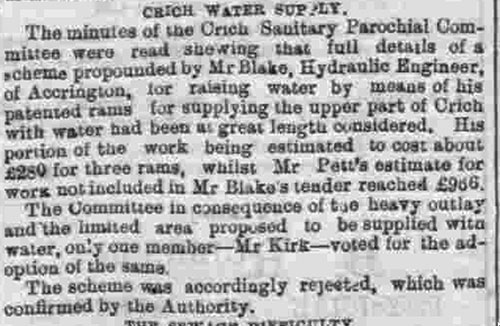 There were two reservoirs built in the Chadwick nick area of Crich.

There was the Chadwick Nick Reservoir and the Bowmer Rough Reservoir. 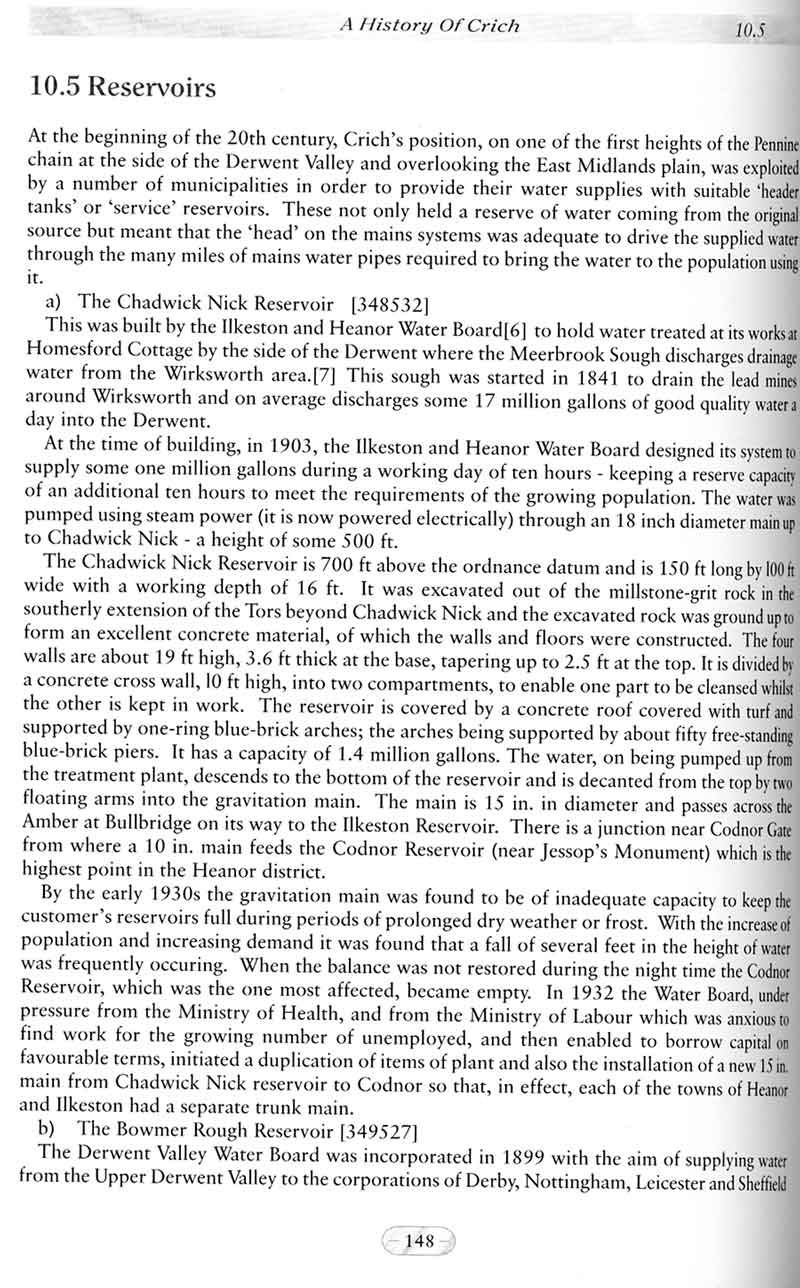 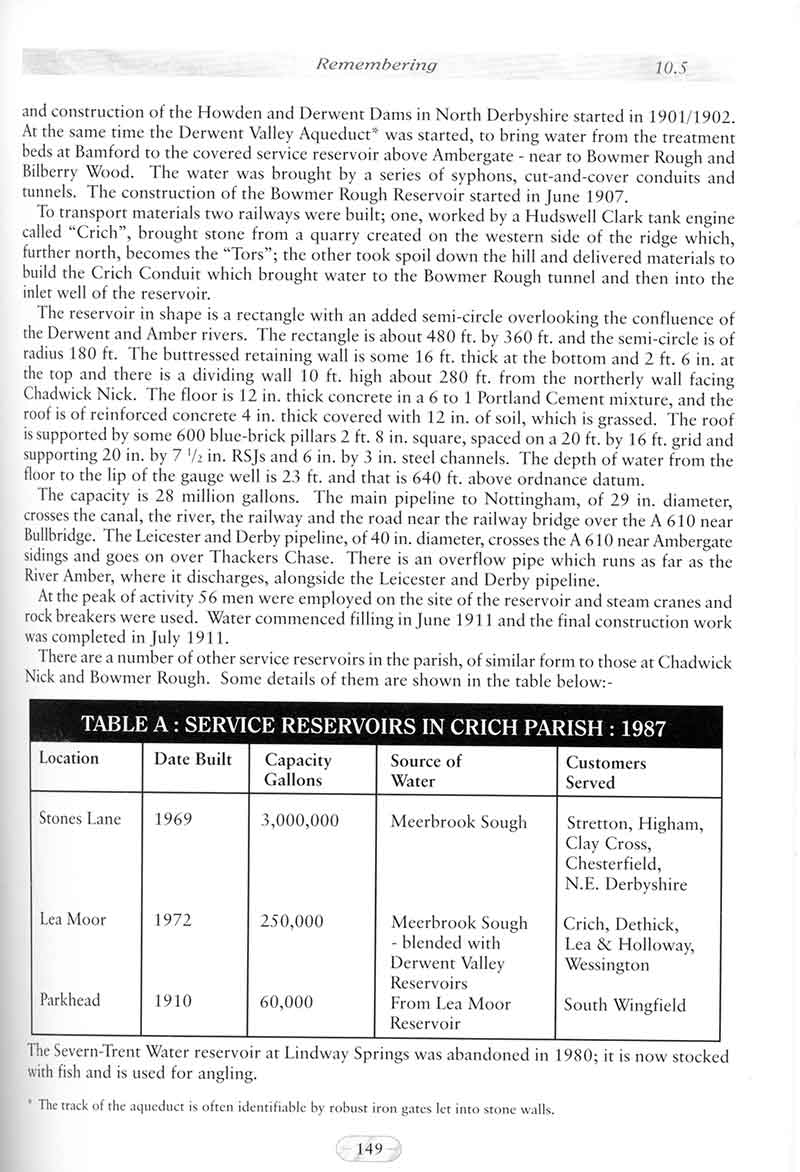 John SIMPSON conducted research into these reservoirs and has given permission to add links to that research.