Green's Tea Gardens at Crich Carr was very popular at the turn of the century. Vistors would often alight at Whatstandwell station and walk up the hill to sit and admire the view across the valley towards Alderwasley Hall, home of the Hurt family. 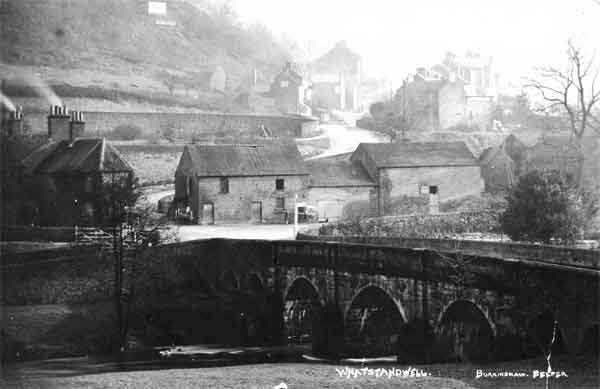 On this postcard of Whatstandwell you will notice a billboard at the top of the photograph. This was advertising Green's Tearooms which was up the hill at Crich Carr. It was a very popular refreshment place in the early 1900s, not to be confused with Peacock's Coffee Rooms at Whatstandwell, which was in the Reading Rooms and Coffee House set up by Florence Nightingale. 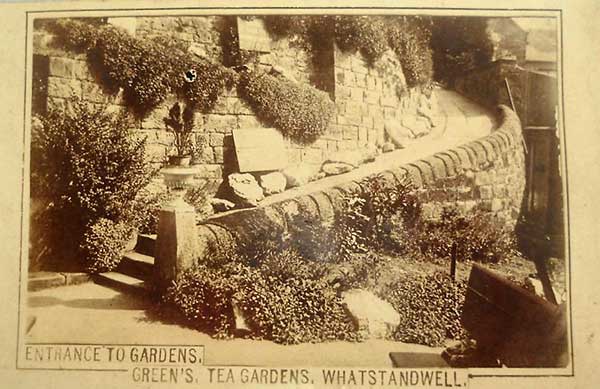 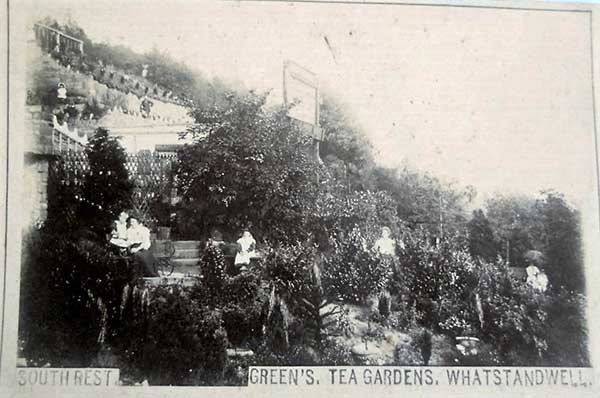 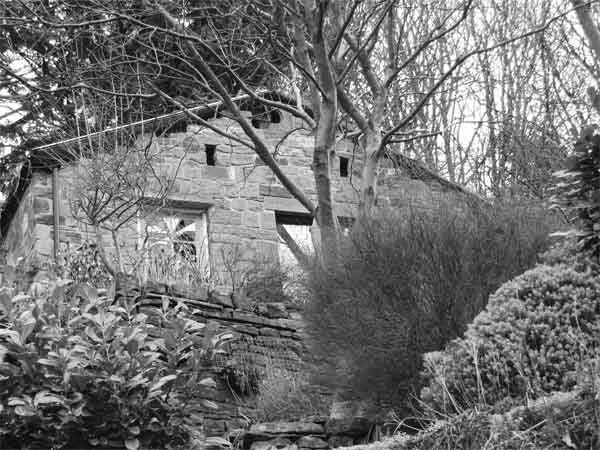 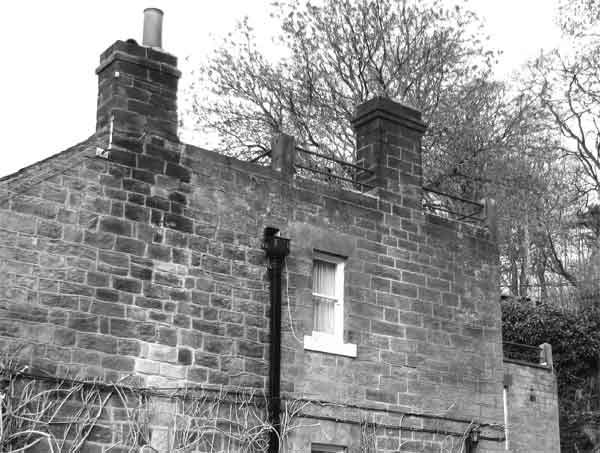 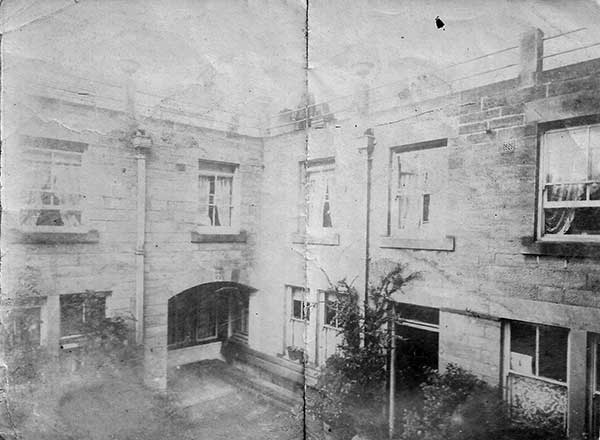 From an old brochure, date unknown 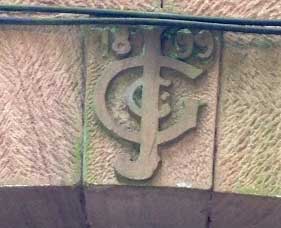 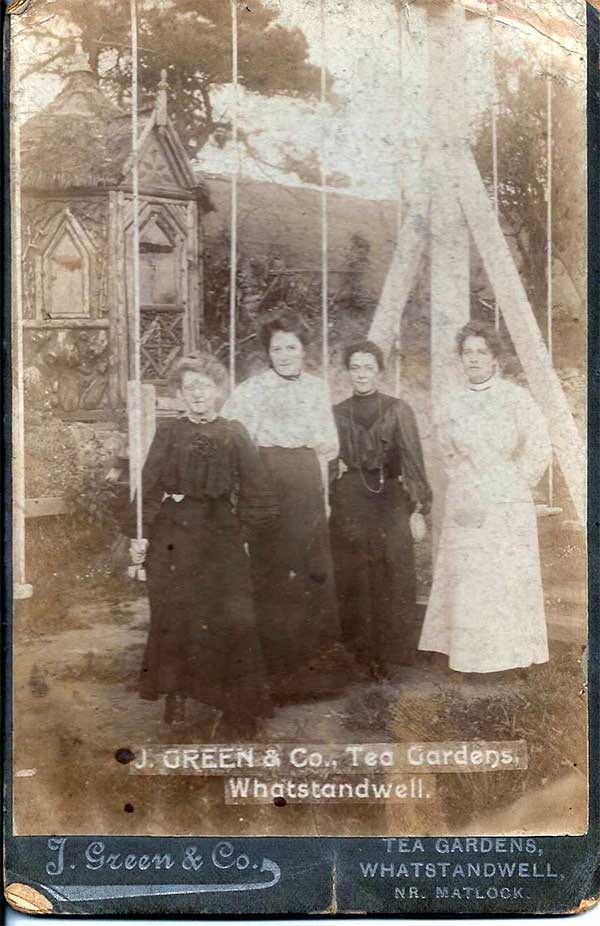 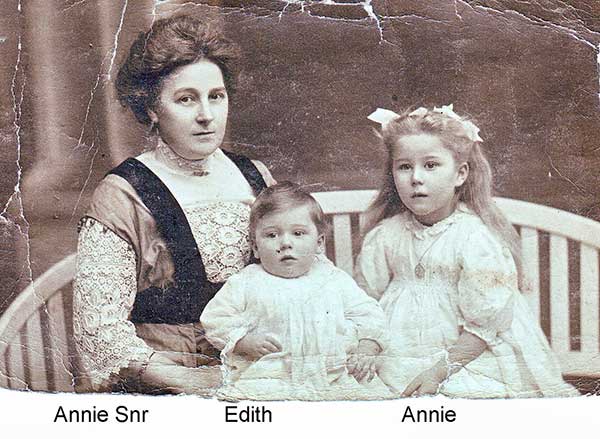 Hannah (Annie) Sarah Ashton was daughter of John Green.
seen here with two of her children

Derby Daily Telegraph, Tuesday, July 22, 1902
COOPERATIVE CHORAL SOCIETY
The members of the above assembled at the Central Stores, Albert Street, on Saturday last at 1.30, and were conveyed to Whatstandwell by brakes provided by Mr Jas Riley, of Osmanton Road. After a very pleasant drive they partook of a strawberry tea at Mr Green’s Tearooms, Whatstandwell, which meal was thoroughly enjoyed. After tea the party divided, some going to Crich Stand. At eight o'clock a start was made homewards, and after a delightful outing Derby was reached about 9.30.

Derby Daily Telegraph, 31 July 1909
Markeaton Ward Liberal Association
The members of the above association, together with their wives and friends, had their outing recently. The venue was Whatstandwell, and the major portion left Kedleston Road (Five Lamps) about 2 o'clock in brakes supplied by Mr G Rice, of Pear Tree Road, the rest of the party patronising the Midland Railway, or performing to ride on their cycles. After a drive of about two hours duration, Whatstandwell was reached, where the Progressive forces were united and a total of about 70 adults and 14 children was soon collected at Green’s Tea Rooms, where ample justice was soon done to an excellent tea which was jointly provided by councillors Wain, Potter, Antliff, Messrs R A Blades and Buckley. The party then adjourned to a field kindly lent by Mr Bryan, where the sports took place, prizes being distributed to the winners of events. There were also consolation prizes.

Derbyshire Times 1 December 1906
The late residence of Mr J. GREEN, the Pleasure Grounds, Whatstandwell, is now occupied by his son-in-law, Mr William ASHTON. Many of Mr GREEN’s friends in Crich and Whatstandwell will be glad to hear that he is greatly improving health, and spending this winter in Madeira.
NOTICE
J. GREEN & Co., Artists and Photographers, Whatstandwell, draw the attention of the public that some person or persons are using their name in Photographic Enlargements: J. GREEN and Co. warn the public against giving orders or money to any person not been able to produce their printed form and receipt. Any person falsely representing the said firm will be prosecuted.