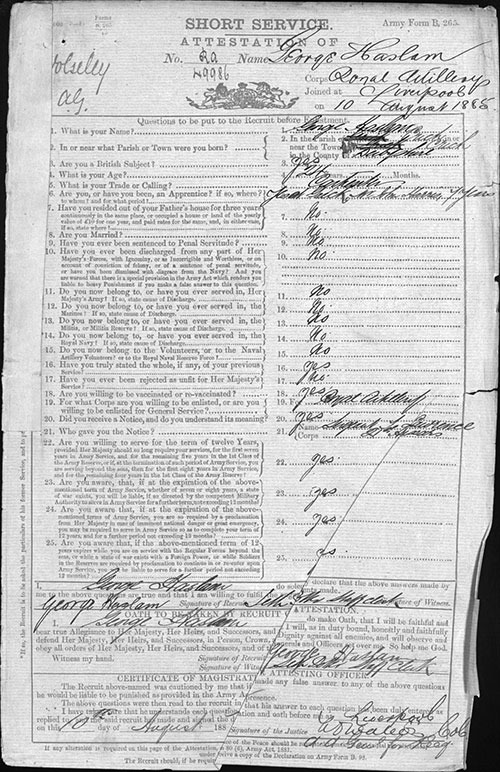 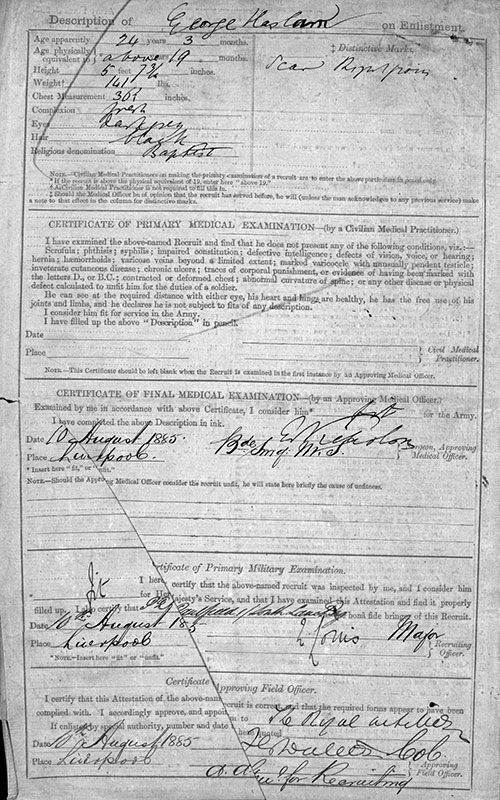 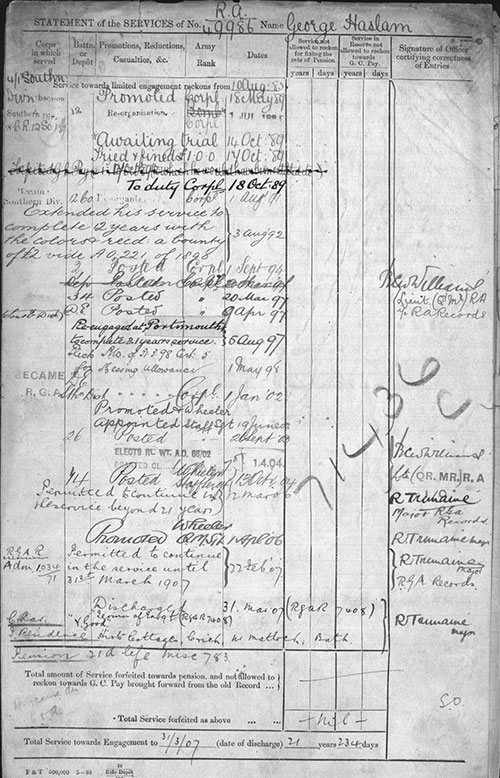 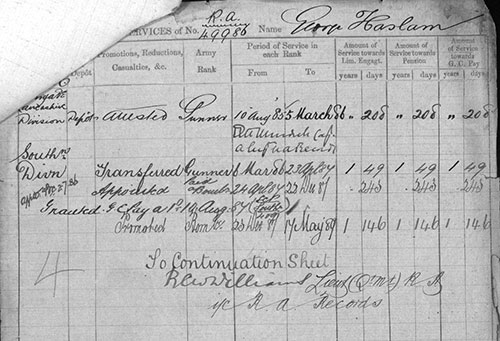 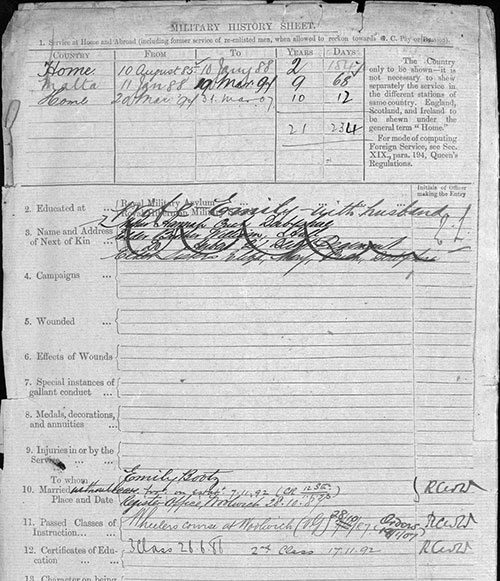 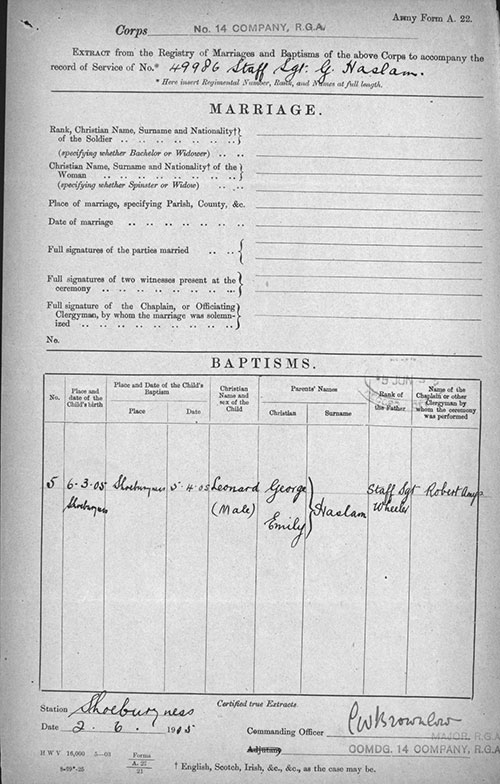 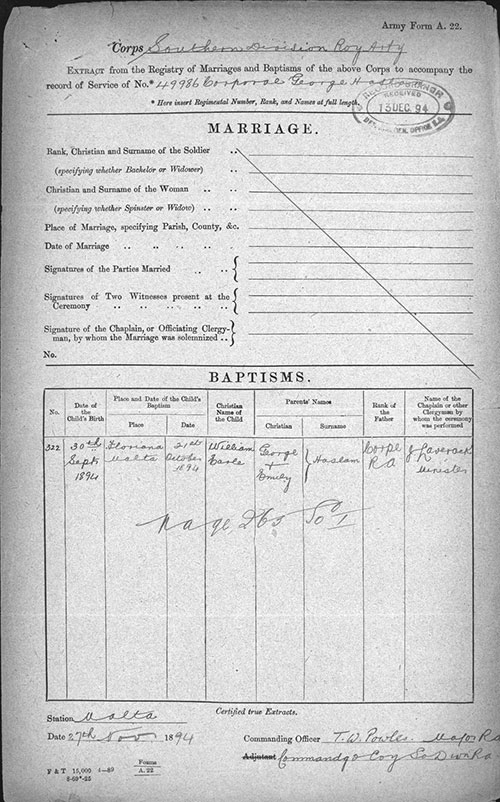 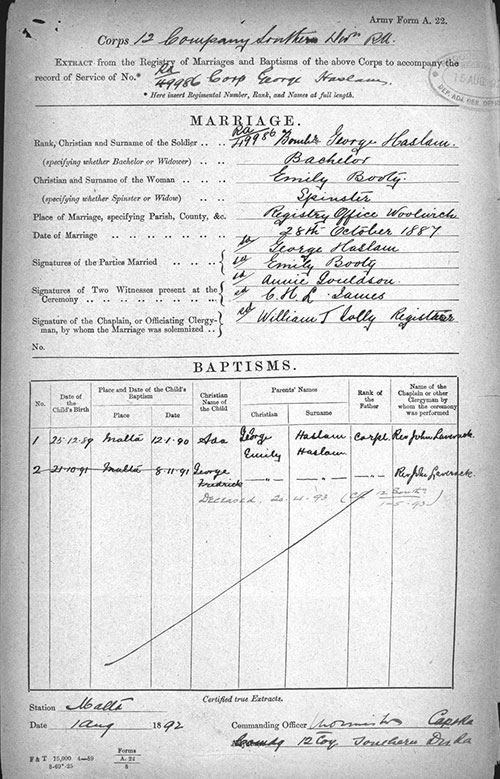 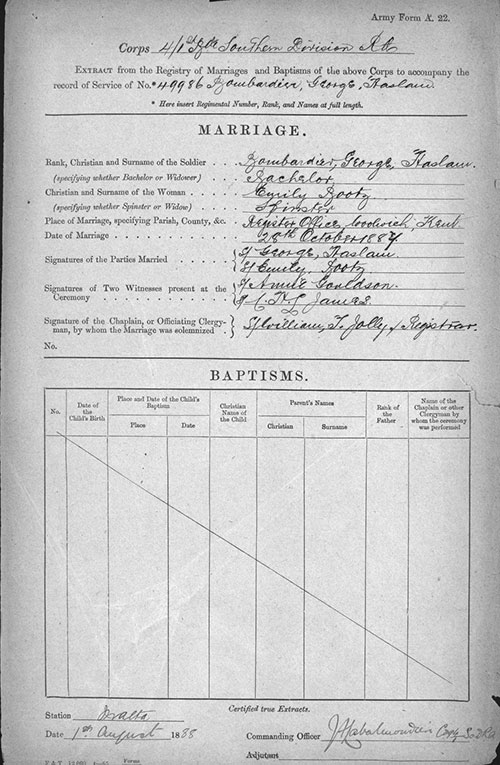 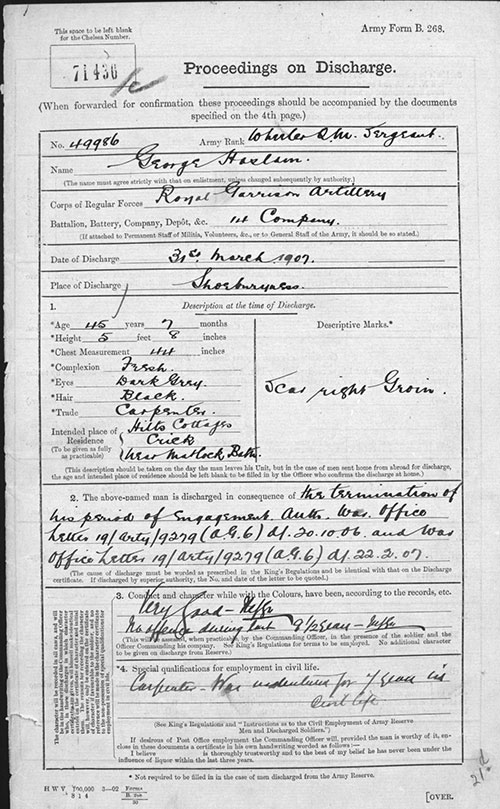 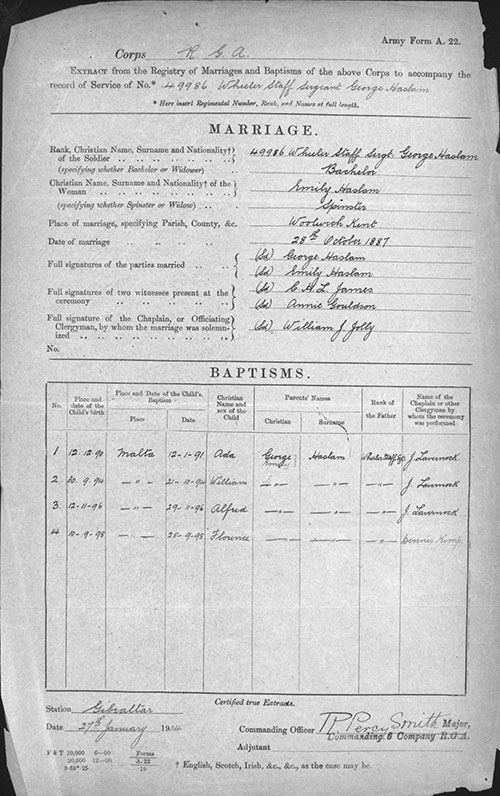 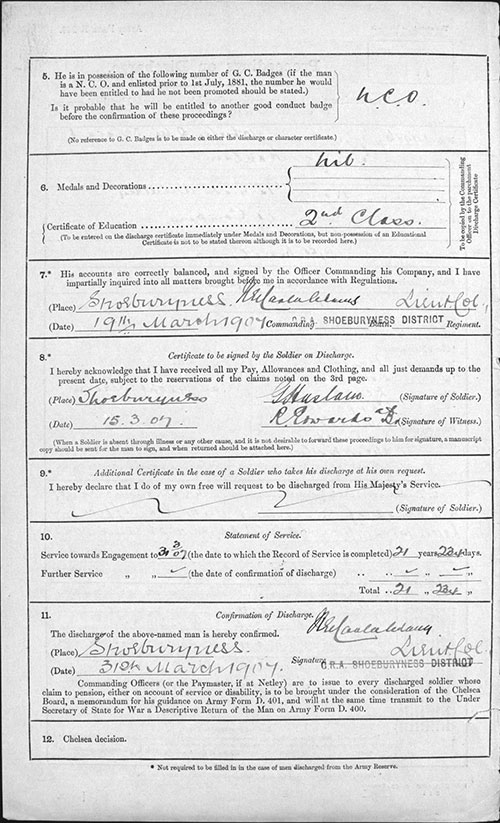 The Royal Garrison Artillery was formed in 1899 as a distinct arm of the British Army's Royal Regiment of Artillery serving alongside the other two arms of the Regiment, the Royal Field Artillery and the Royal Horse Artillery. The RGA were the 'technical' branch of the Royal Artillery who were responsible for much of the professionalisation of technical gunnery that was to occur during the First World War. It was originally established to man the guns of the British Empire's forts and fortresses.

During the period George was serving in the army Malta was an important part of the British Empire, a strategic stronghold in the region and a stepping stone for Britain's expansion to the East.