There were age discrepencies in his various records from when he joined the Army in 1879.


Note: The Free Hospital, which Mr. Smedley established, consisted of a number of rooms adjoining the mills, which had been converted into bath-rooms and bedrooms for the male patients, and some cottage property close by, which was made suitable for the female patients. This institution, being wholly free to poor sufferers, soon greatly prospered ; but it involved a heavy strain on Mr. Smedley's resources, for he bore the entire cost of maintaining some thirty patients, providing board, lodging, and baths for over twenty years. A local missionary was appointed, whose duty it was to minister to the temporal and spiritual wants of the workpeople. [The Smedleys of Matlock Bank by Henry Steer]

Herbert enisted into the Derbyshire Regiment, 26th Brigade, on 28 July 1879, a labourer aged 21 years 5 months. He signed on initially for six years but completed twelve.
He was 5ft 5¼in; fresh complexion; grey eyes; brown hair; C of E.
Transferring to the Army Reserve on 24 November 1889 he was discharged on 27 July 1891.
He served in Gibraltar and Egypt before his 7 years in India.
One of his medals was the Egyptian campaign 1872 medal.
Next of kin was his mother Hannah of Crich. 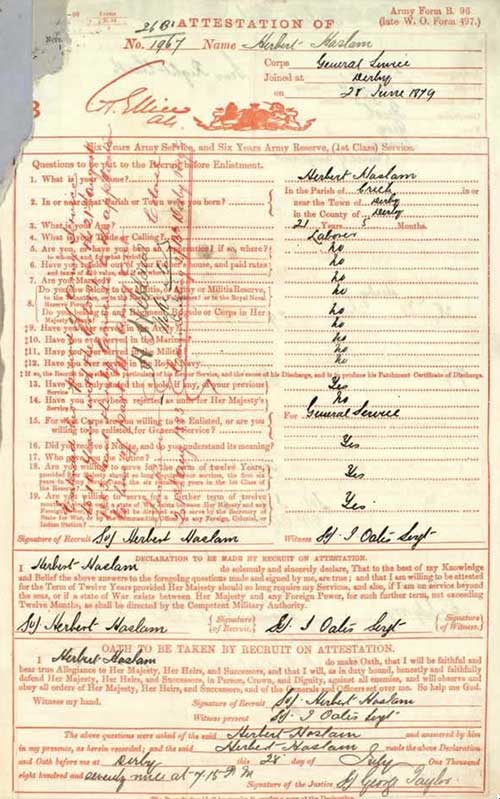 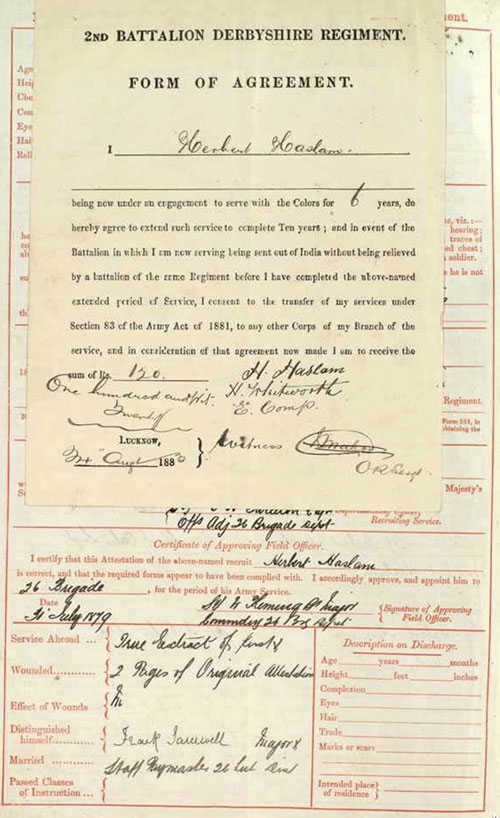 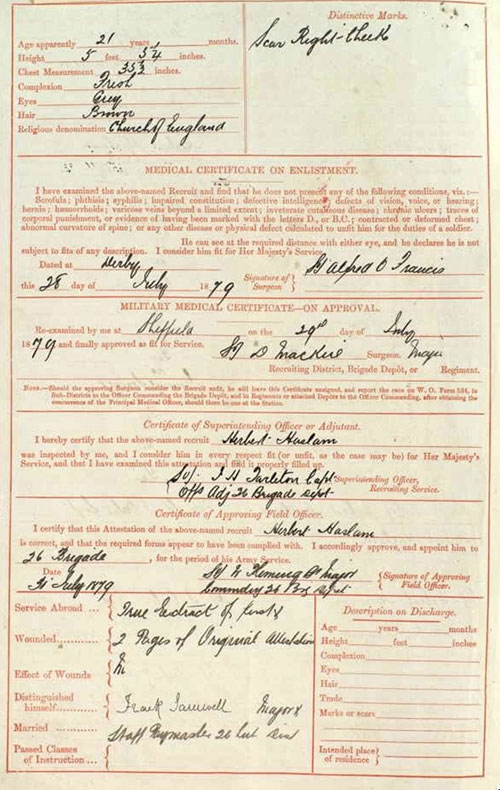 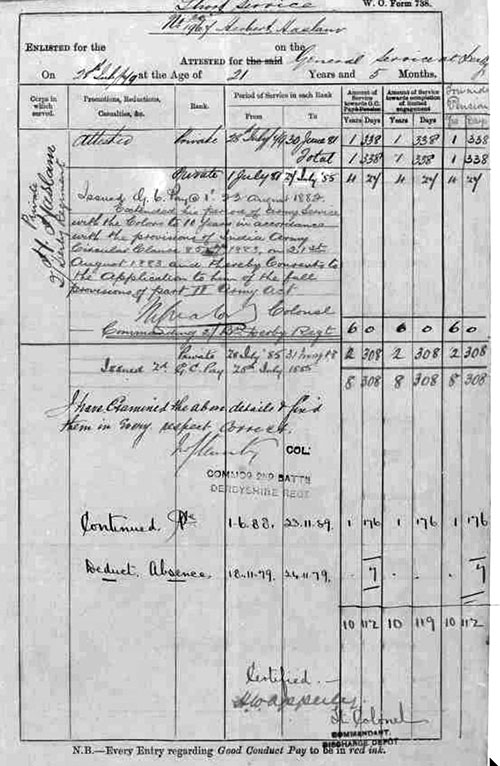 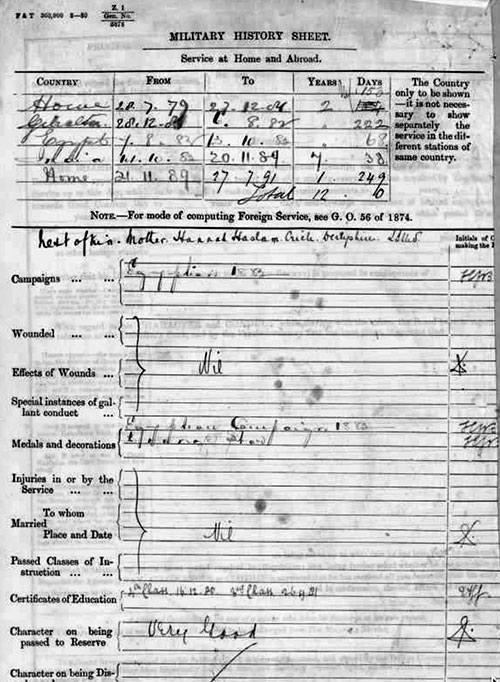