Abraham was one those Crich men who also served during WW1.

A biography and his WW1 service record can be found on the sister-site at www.crichparish-ww1. View the record –
Abraham LITCHFIELD.

He is recorded on the Crich Roll of Honour.

He attested on 11 December 1900, at Derby, aged 18 when working in the lime works at Bullbridge. 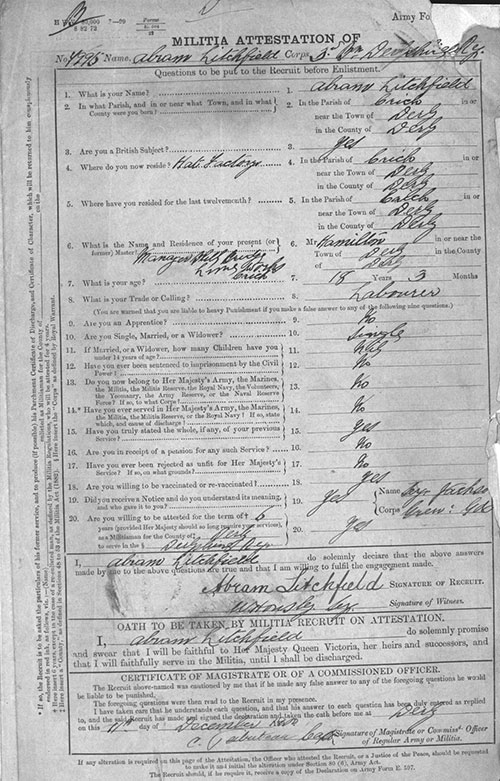 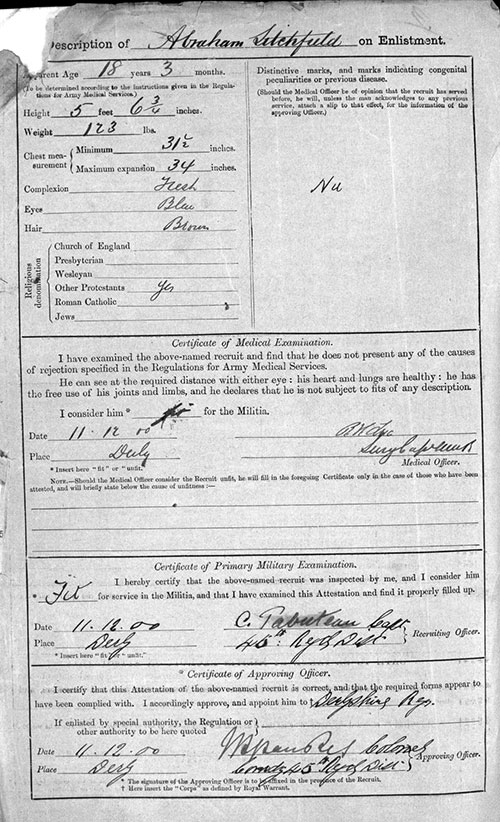 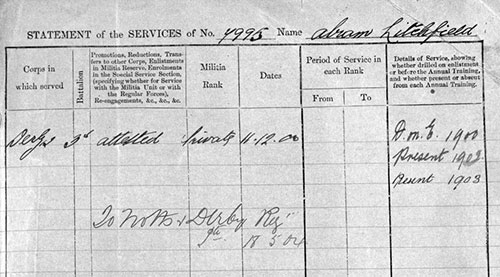 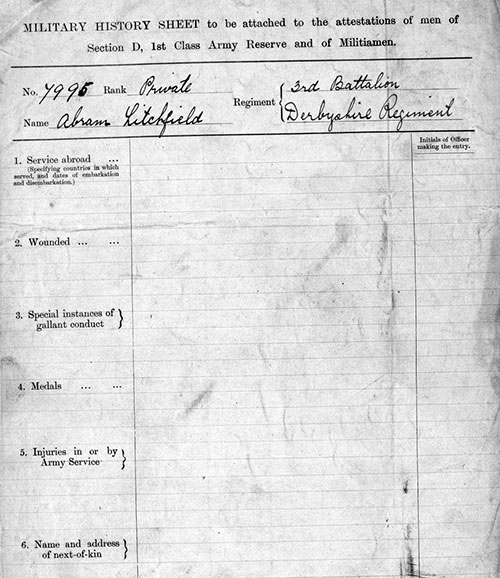