There are some discrepancies over the age Henry gave at various times such as joining the army and getting married. His army record named his mother, Mary, brother, John and two sisters, Emma and Bertha. From this the family could be identified in the Crich parish record:

Leopald Richardson SAXTON was described as a "Gentleman". He married Mary WETTON in Q4 of 1851 at Derby and died in November 1868. 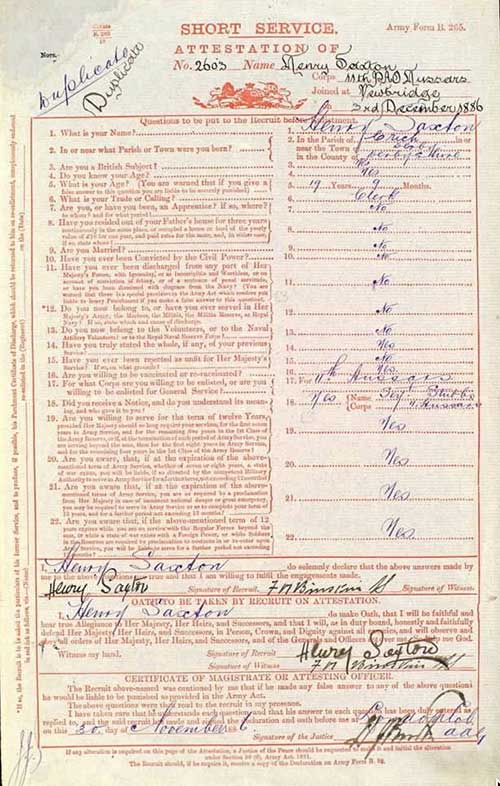 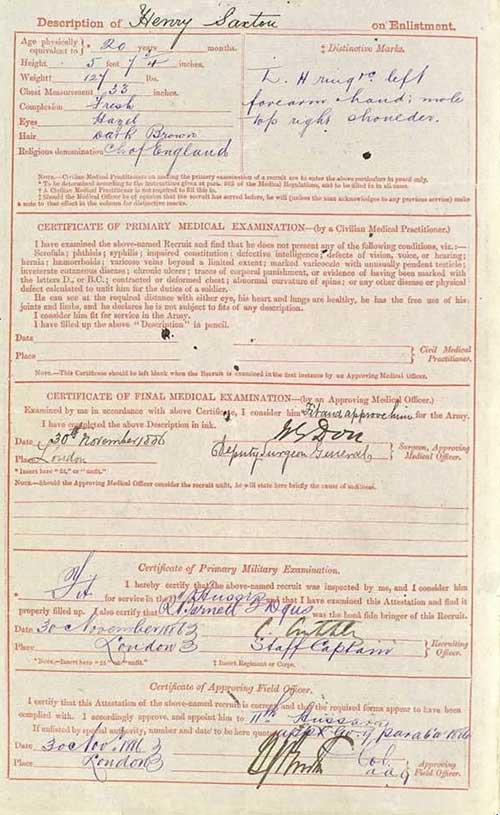 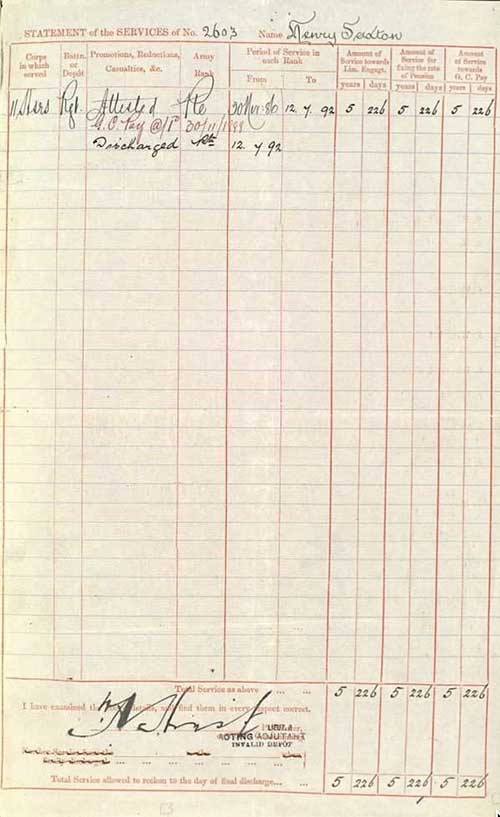 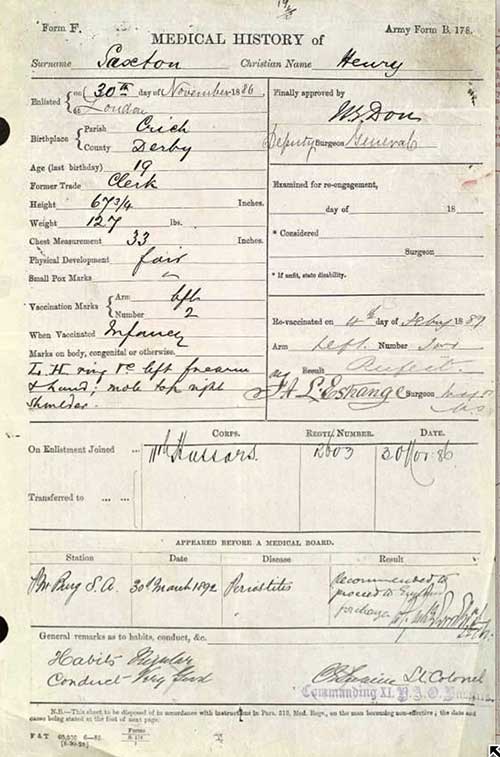 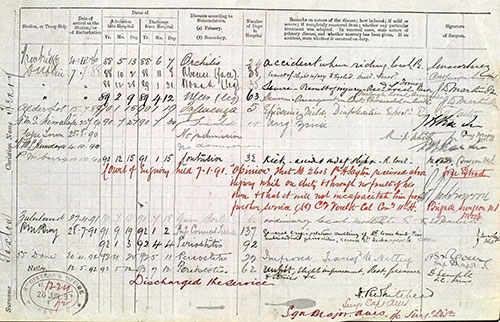 From his Army record his approximate year of birth was 1866, from the marriage it was 1864 and the parish register has 1862.