Thomas Wetton - hero of the Crimea

Colour Sergeant Thomas Wetton of the 95th, Derbyshire Regiment, was a resident of Crich who had lost a leg at the battle of Alma during the Crimean War.

He was an honoured guest at the village celebrations to mark the end of the Crimean War (1854-56) which was held at Crich Stand in June 1856. The Crich Stand had been rebuilt in 1851 by Francis Hurt and was the focus for many of the village notable celebrations. Sergeant Wetton was carried to the Stand in a specially adapted chair. This event was reported in the Derby Mercury dated 11 June 1856 as follows: 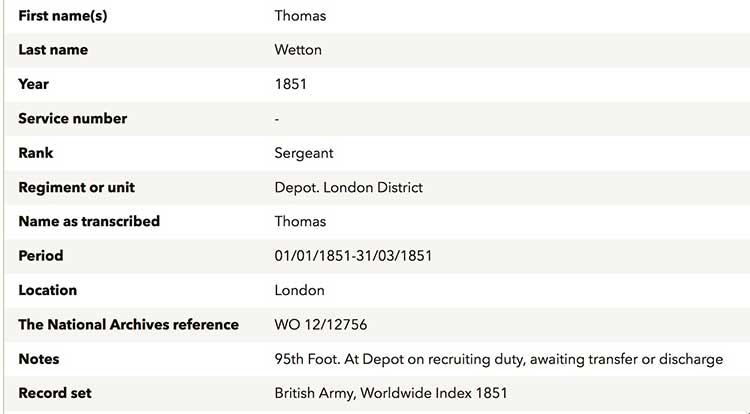 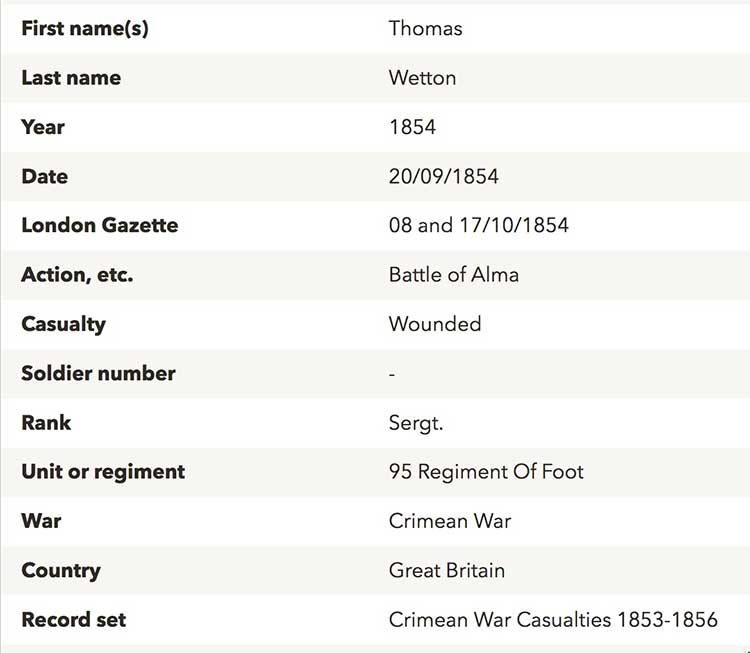 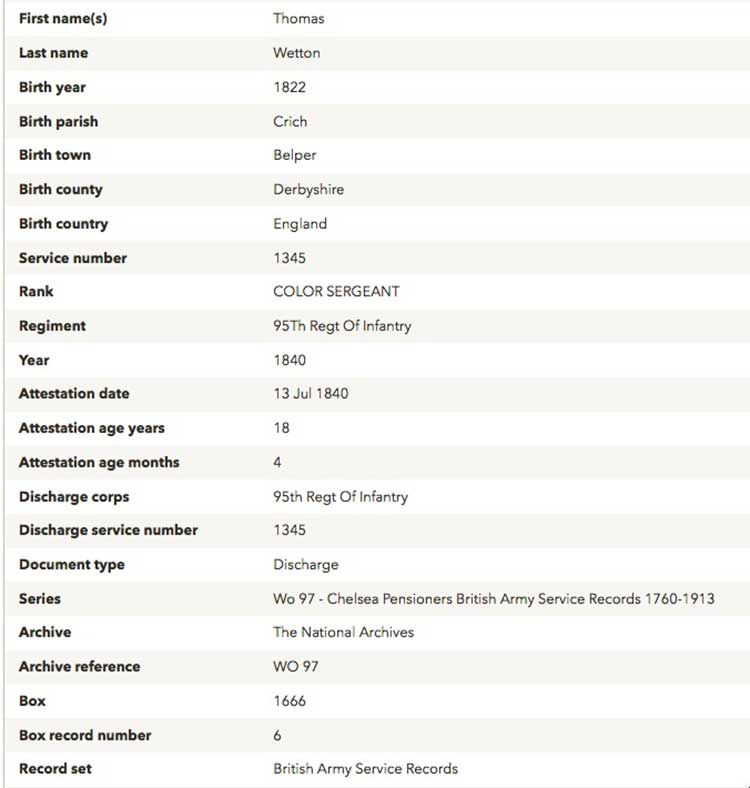 After the war be became in inmate at the Royal ChelseaHospital. 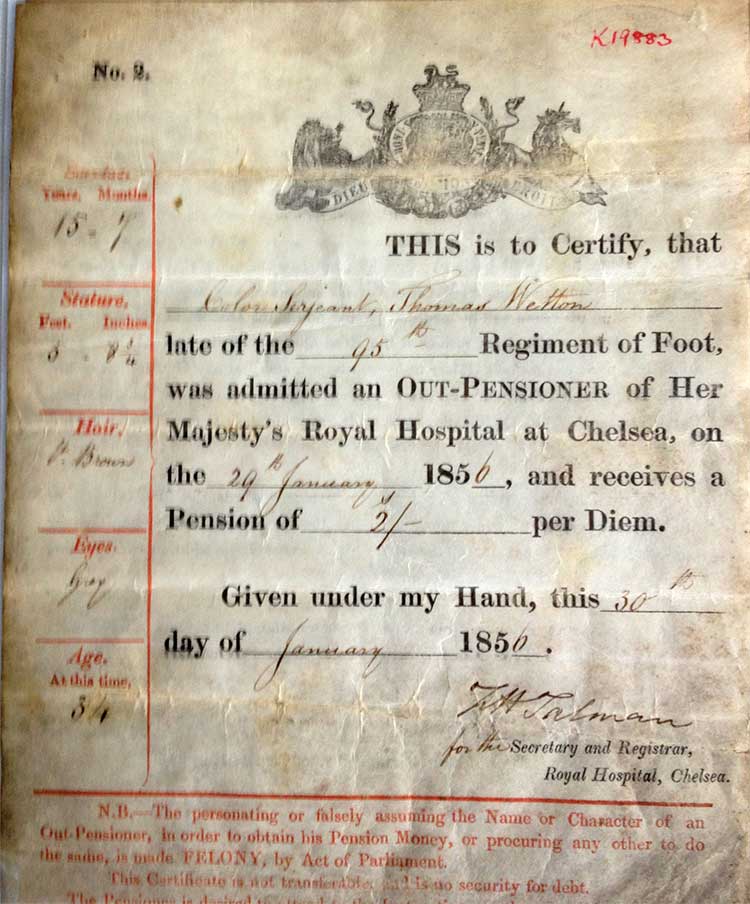 His Army Service Record remains intact and is available for viewing on the Find My Past website. 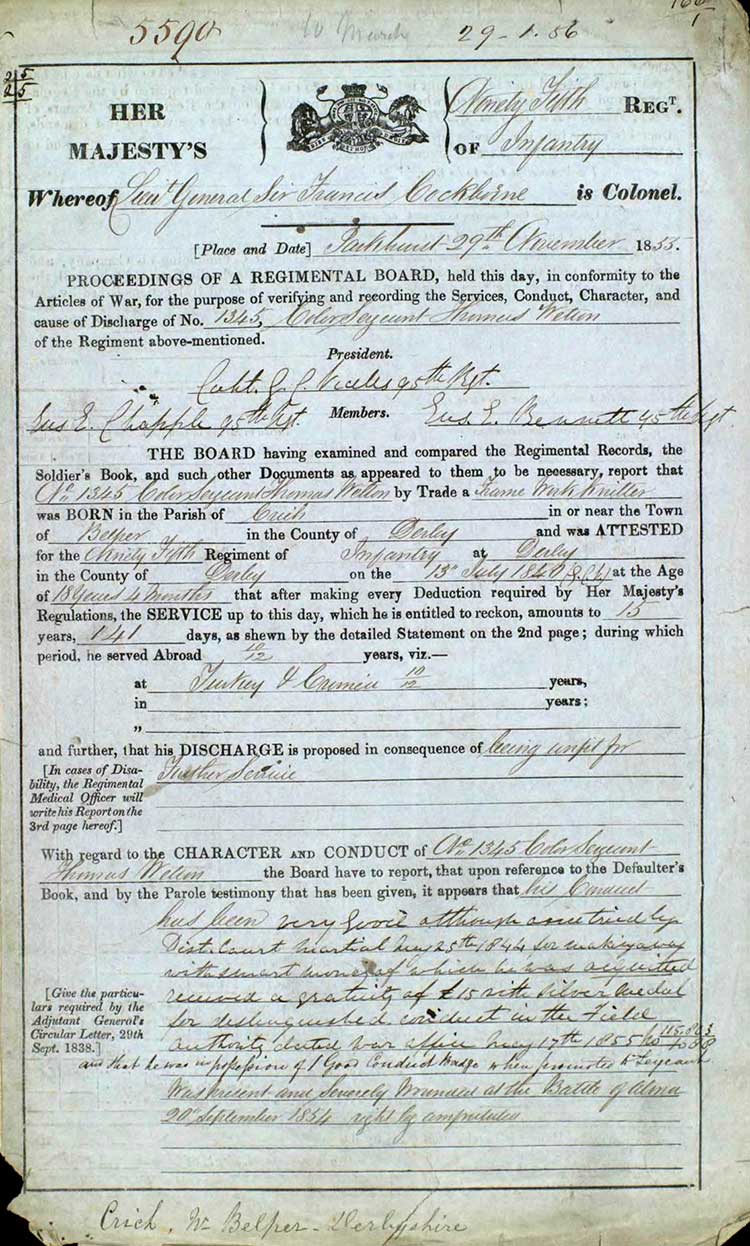 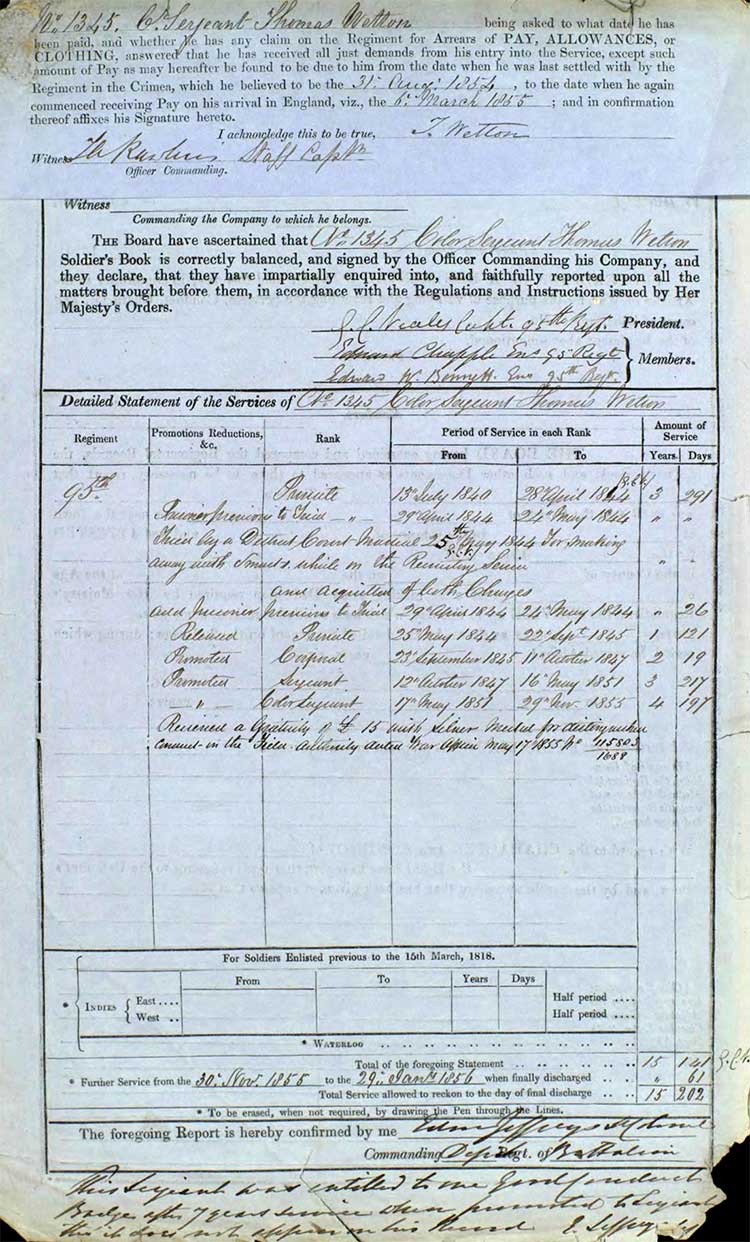 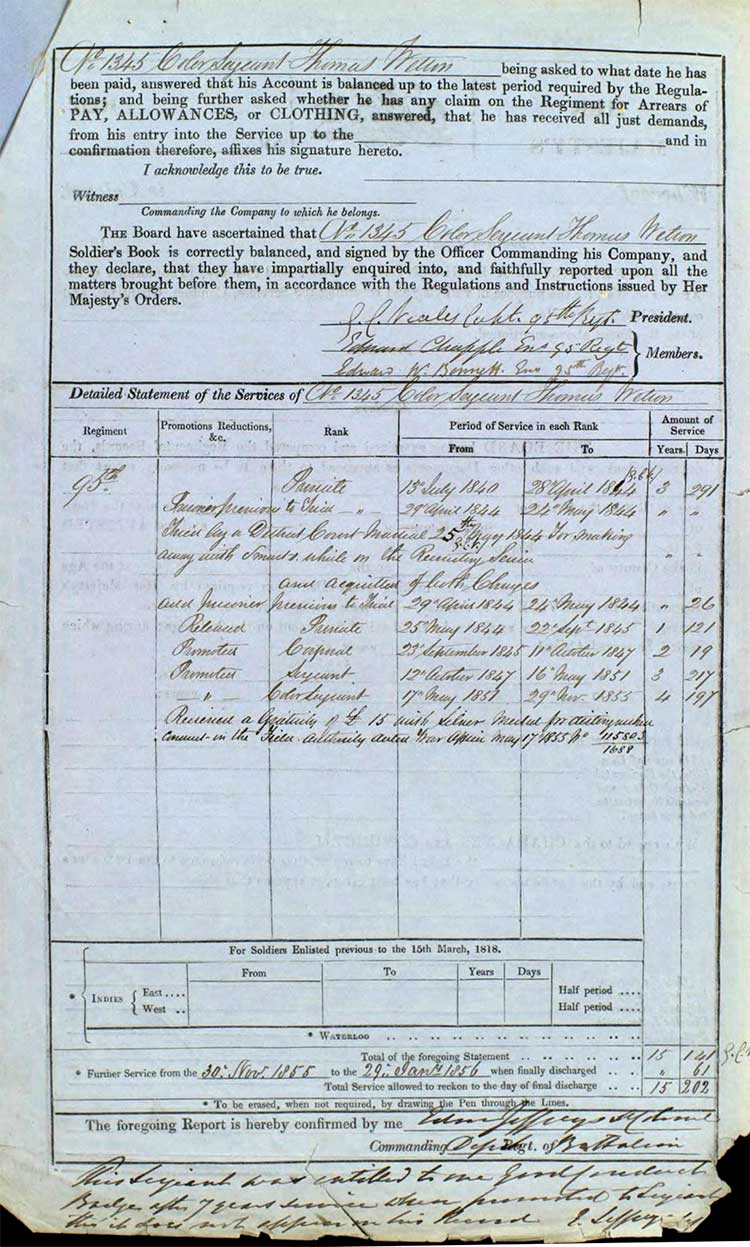 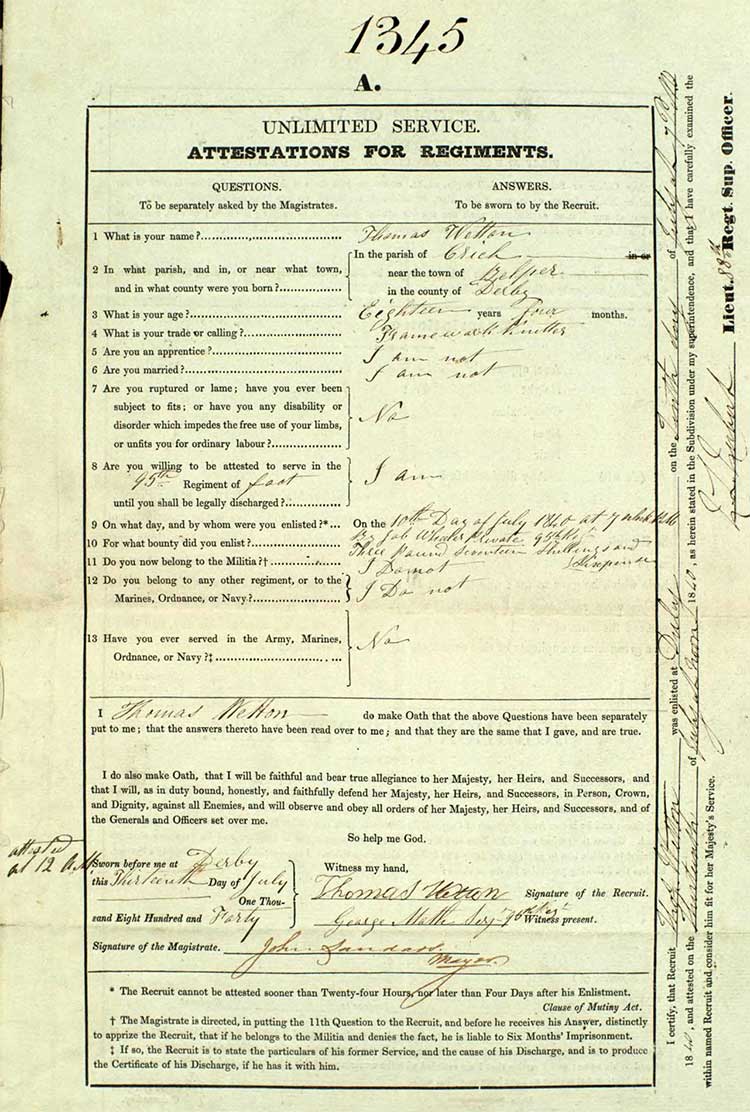 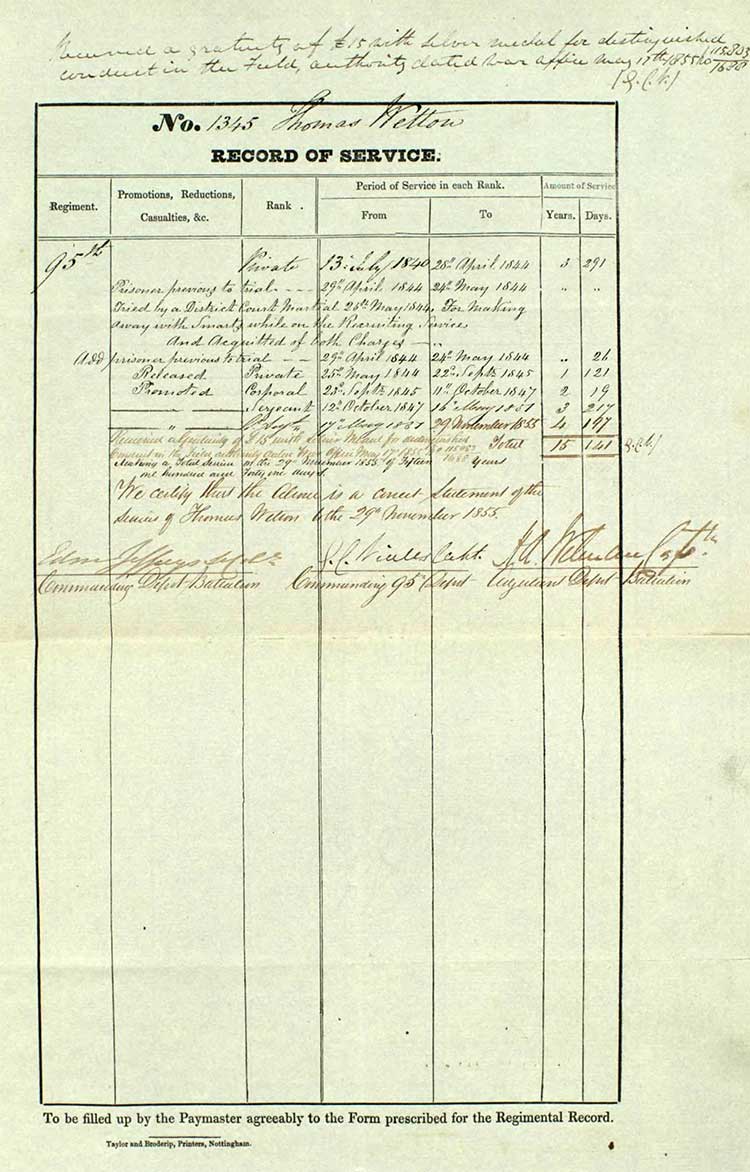 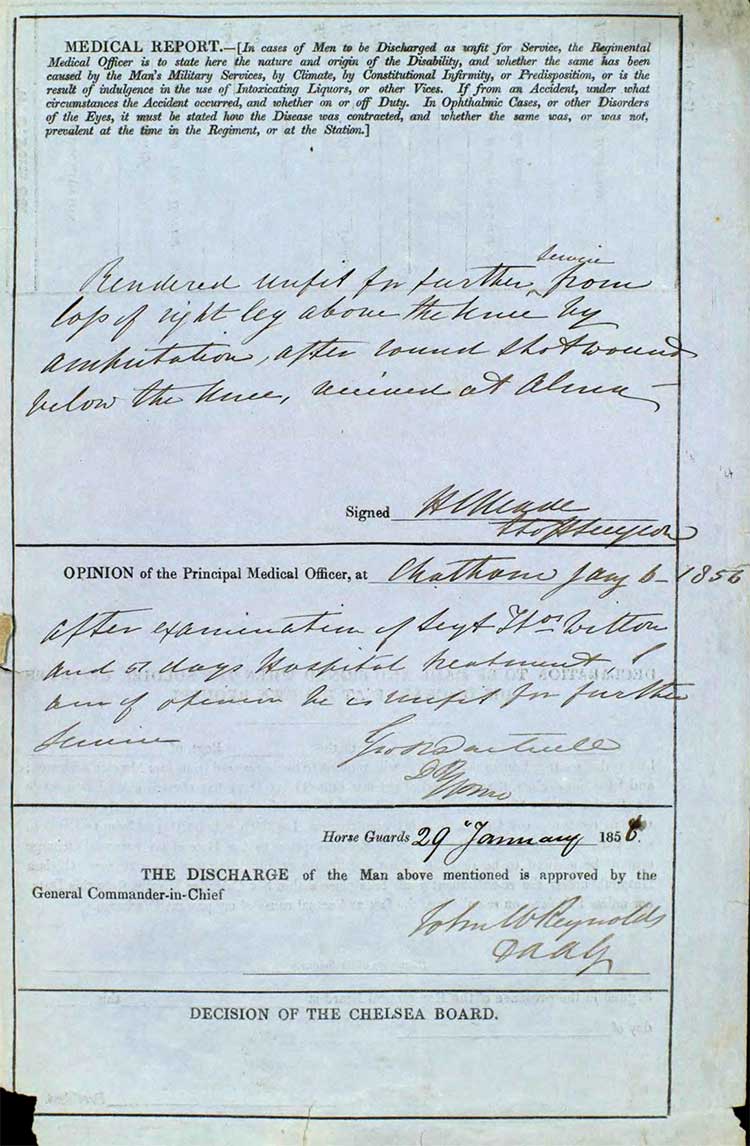 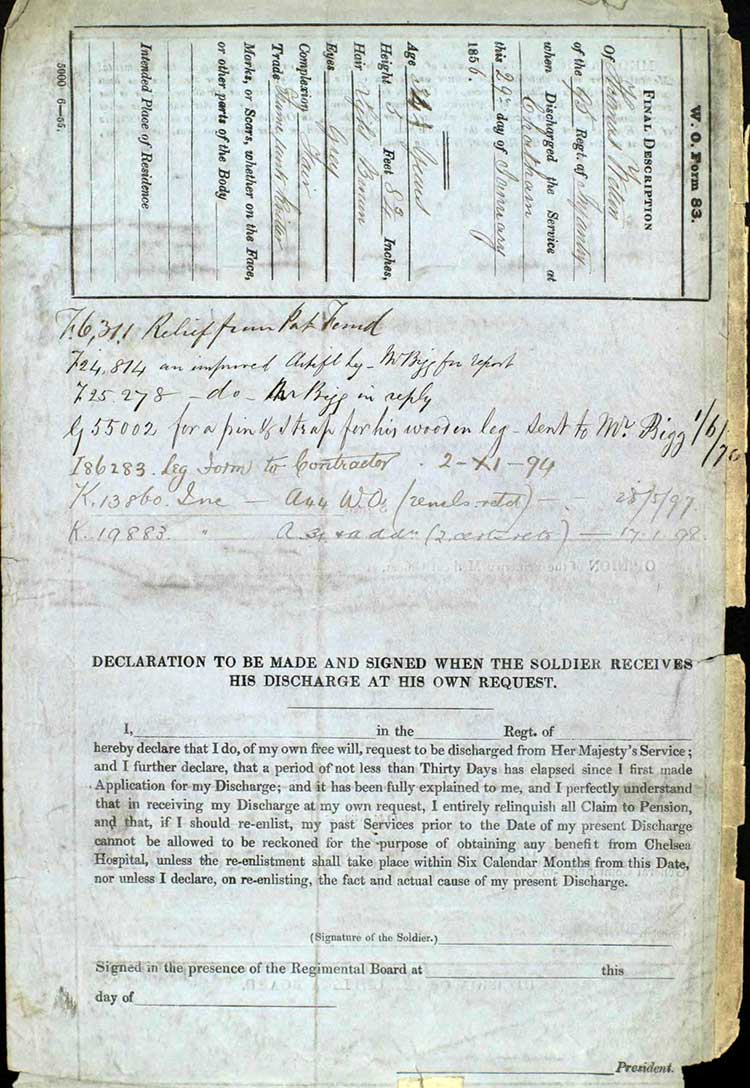 Derby Daily Telegraph 15 February 1899
DEATH OF A CRIMEAN VETERAN IN DERBY
There recently passed away in Derby in the person of Colour-Sergeant Thomas WHETTON one of the few remaining veterans of the Crimea. The deceased, who was well-known and respected served in H.M. 95th Regiment, and lost a leg at the Battle of Alma. He had received three medals, one of which was for distinguished conduct on the field. He was the recipient of the Queens annuity for good conduct, and also, which he highly valued, a handkerchief stitched and presented to him by her Majesty. When the piece rejoicing is after the Crimean War were held at Crich (his native village) Sergeant WETTON was drawn by 40 men on a triumphal car to the Cliffe, where the fete was held. The funeral of the deceased, which was largely attended, was from the residents of his son, 11, Walter-street, where he died, and the coffin, which was of polished wood and brass mountings, and covered with lovely wreaths, was carried to and from the hearse by eight soldiers belonging to his old regiment, who walked by the remains to the Nottingham-road Ceremony, where the internment took place amid many manifestations of sorrow and regret. The funeral arrangements were in the hands of Messrs WATHALL and Son.

[With thanks to Terry FOX]