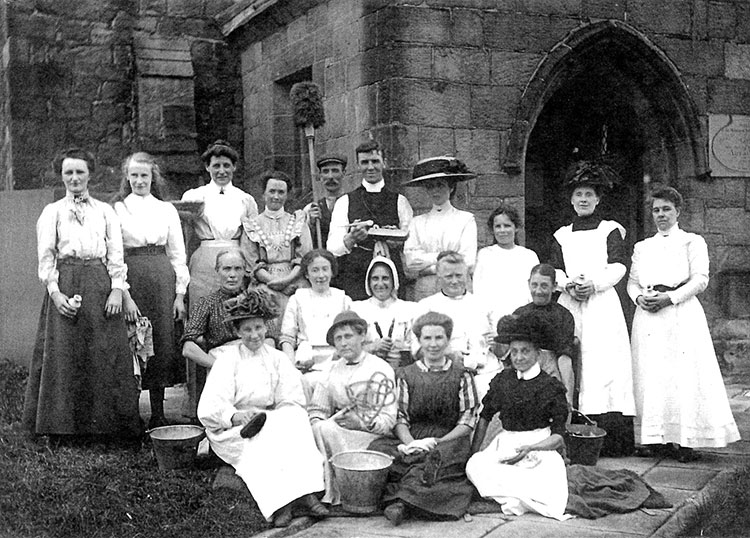 Two lists of names have been provided for this photo. The first by Liz Suddes on the rear of the photo above. The second list was recorded at the back of another identical photo of unknown origin.