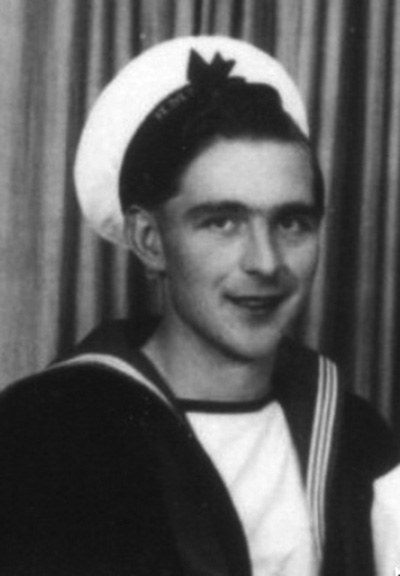 Frederick was born on 12 December 1924, the son of Joseph F. BROWN and Martha HAYNES.

Ripley and Heanor News 8 June 1945
ENGAGEMENTS
The engagement is announced between A.B.Frederick Roy BROWN, serving in the Royal Navy, the only son of Mr F. BROWN, Bennetts Lane, Crich, and Betty, the only daughter of Mr and Mrs D. WALKER, The Common, Crich.

Frederick and Betty married in Q2 of 1946 registered at Belper 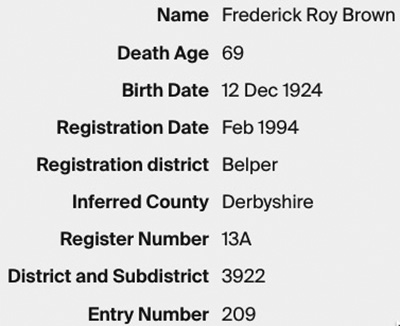