Derbyshire Times 17 February 1900
Two men from Crich, and one from Fritchley, left their homes yesterday (Friday) for Derby, preparatory for embarkation for the seat of war. John GREEN and Joseph COLEMAN, both quarrymen, our reservists of the Grenadiers, and are splendid -looking fellows, standing over 6 feet. John William NOBLE, of Fritchley, also goes to the depot at Derby. He is a platelayer, and is going to the front. All three are married. They were entertained to dinner on Thursday by Dr MACDONALD, of Crich. 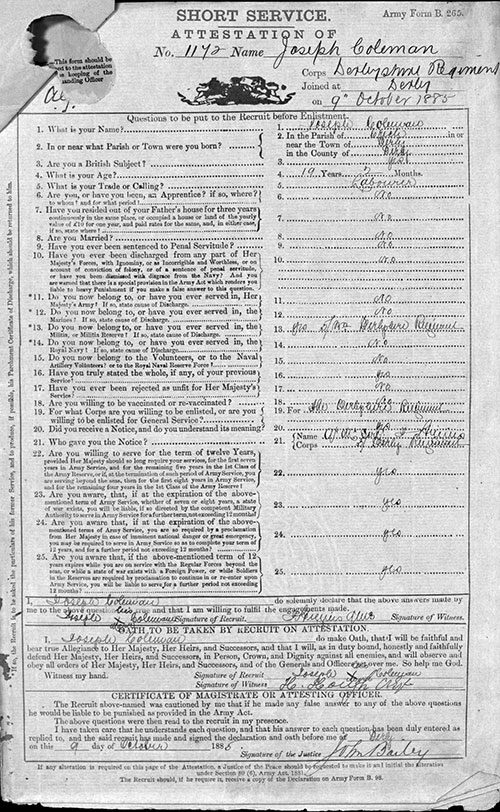 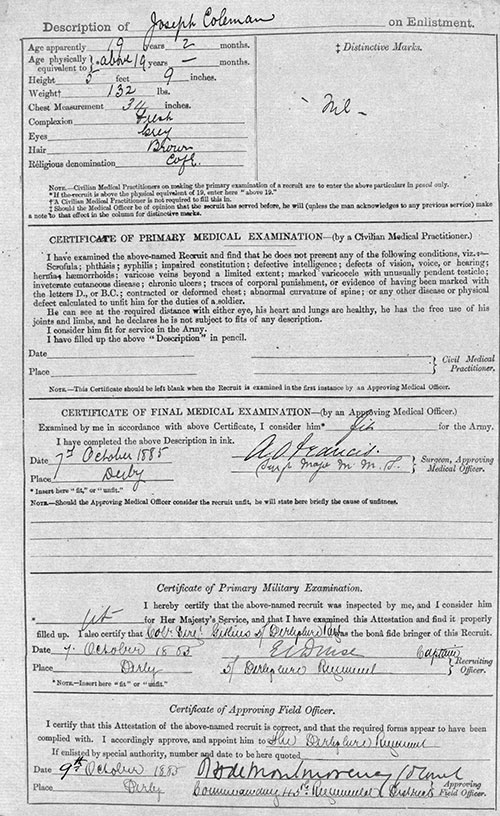 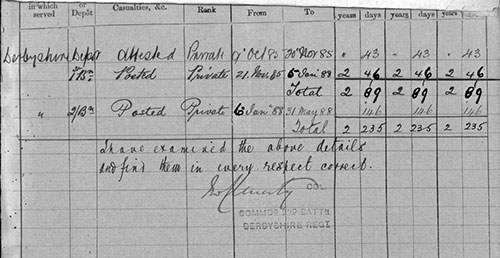 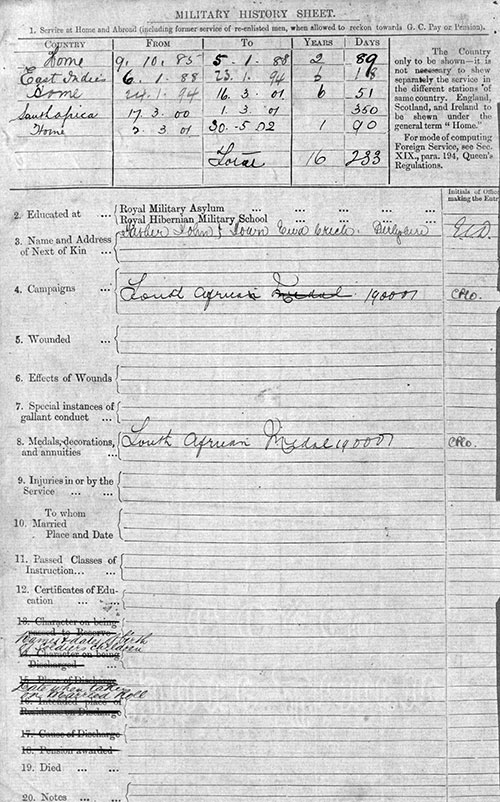 Derbyshire Courier 16 April 1910
“Sonnie” of Crich, will be missed in the village, in the home, in the quarry, and in the church. The vicar paid some high tributes to the labourer whose task is o’er; and the kindly allusions to commendable characteristics in the late Joseph COLEMAN torched a tender chord in the hearts of many who congregated on Monday in the old churchyard, from which could be seen in close proximity the fateful and historic “stand”. A widow and five children have been left to mourn the loss of the breadwinner. It had already been suggested that there should be some district public movement set on foot to financially aid the bereaved family, and no doubt if such movement were initiated there would be a generous response, for “Sonnie” had good points, which one for him the respect and esteem of his fellowmen. He had been in India and Africa, and his travels and made him tolerant and broadminded. “He was a man!” As the vicar remarked in a sentence of four words, which yet meant all that an Englishman would desire to be said of him after he had “crossed the bar.” 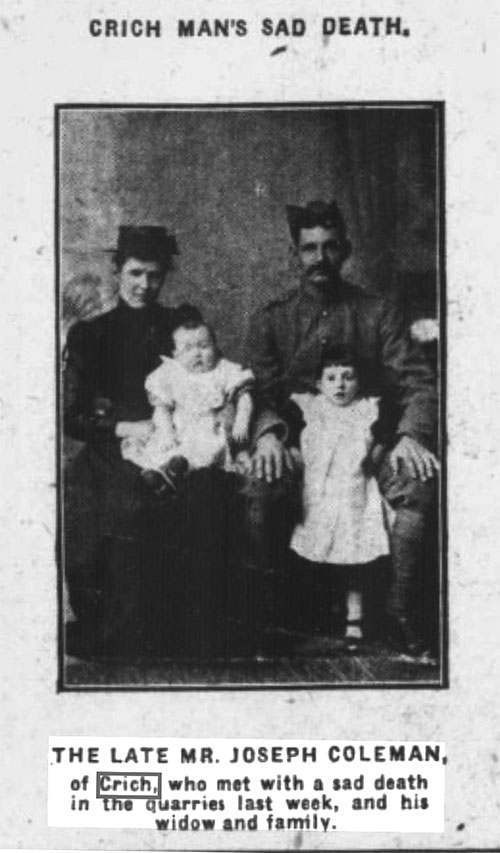