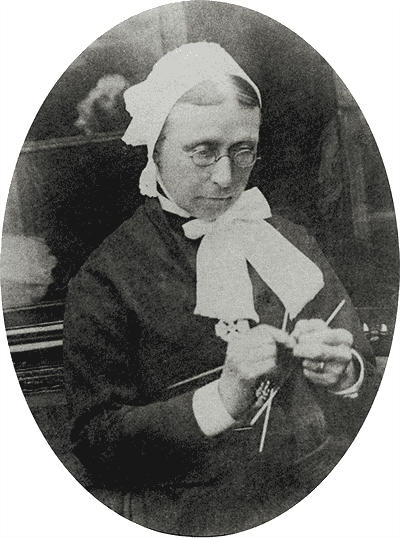 Francis Hurt (1803–1871) was Lord of the Manor from 1854–1861. He married Cecilia Emely Norman and they had fifteen children; Alice was the sixth born. After their marriage her parents lived in six different homes around the country. Alice was born at Yeldersley near Asbourne

Alice never married. She was a gifted and enthusiastic early photographer taking a great many pictures of the locality and her family. Fortunately many of these are still in existence.

For a while she was a nursing sister at Walsall.

Another of Alice's enthusiasms was cookery and she compiled her own recipe book which she created in 1862 whilst at Alderwasley and 1869 when at Chase Cliffe, home of her aunts Selina, Elizabeth and Emma Hurt.

Jane Smith, whilst researching Worfield Parish in Shropshire, discovered Alices's recipe book in the house which was once lived in by Mr Johns, butler to the Wyken Estate. However, it is unknown in which house Alice was staying when she left behind her recipe book.

There are some fascinating and unusual recipes in the book which can be download using the links below (courtesy of Jane Smith).

Alice died in 1894 at Maidenhead leaving instructions that she was to be buried wherever she was living at the time. She also instucted that she was not be conveyed to her grave in a hearse drawn by black horses preferring a wheeled bier. However, her sister, Grace Selina Frances, wished that she and Alice would share the same grave and the family agreed that Alice would also have agreed to her sister's request. This required Alice's body to be bought to Alderwasley. In 1894 it was the regulation that a dead body could only be transported across London in a hearse. To partially respect Alice's wishes brown horses were used. So that there was not the upset of transferring her coffin at Derby from the express train to the local service the Hurt family invoked their right to stop any train at Whatstandwell station. This happened and the extress train was stopped and Alices coffin transported from Whatstandwell to the Hurt family cemetery at Alderwasley on a hay cart pulled by cart horses. In 1897 her sister Grace commissioned a beautiful reredos to be installed in her memory at Wirksworth church.