Millstones on Crich Chase taken in May 2017 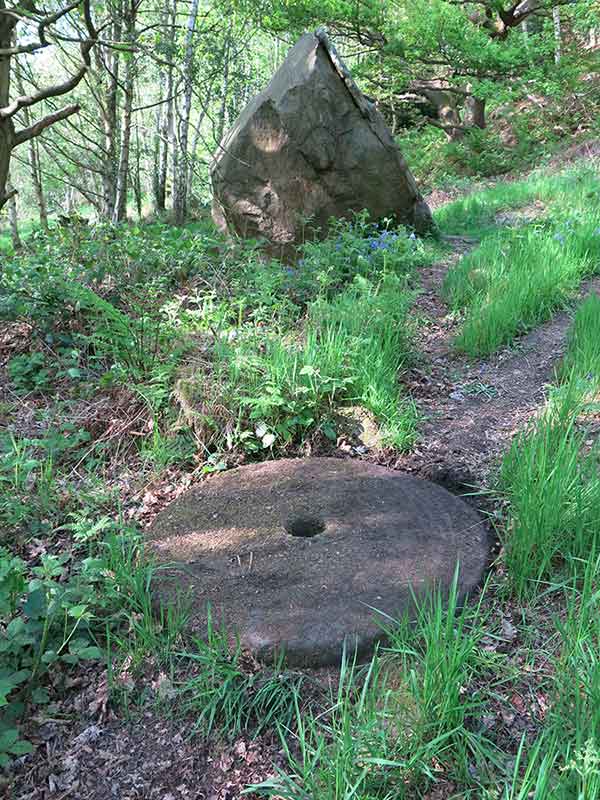 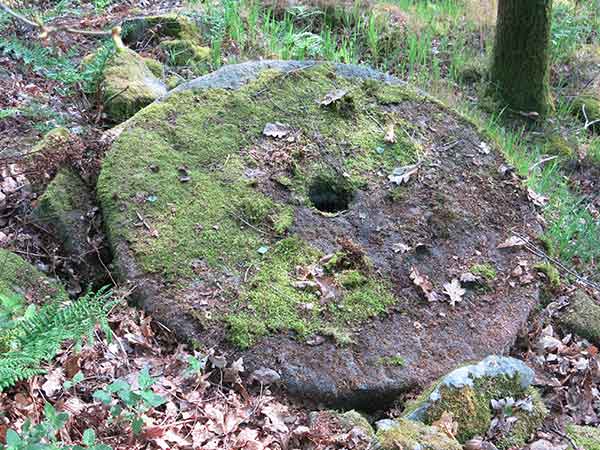 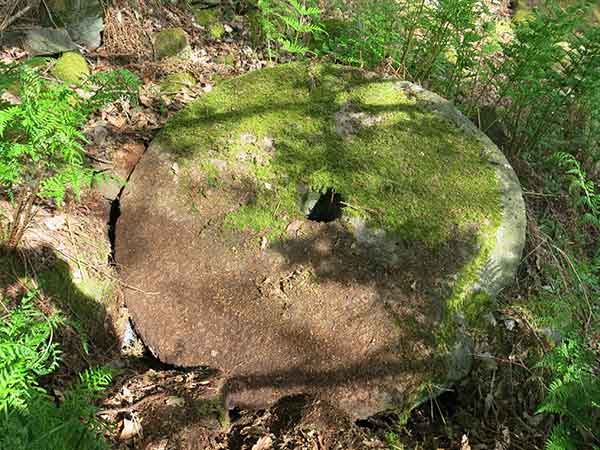 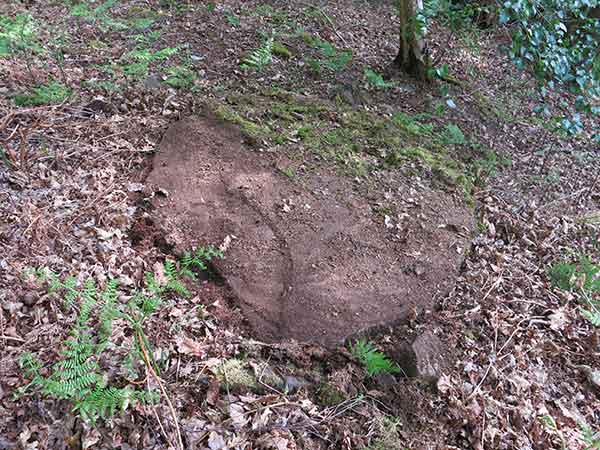 When I was cleaning up those on the Chase I looked around me and decided that they were probably hewn from boulders rather than from quarry stone. This view was confirmed when I searched the web and learnt that millstones in isolated places were often produced in the spare time of other workers who could take two months or more to produce one stone in such a way. What we do not know about these stones and their ilk was whether they were hauled up to the top of the edge to the flatter land in pairs vertically with a timber axle as in other places and then taken to place of use or sale, or whether they were rolled down to the river/canal & thence onwards. Either way what an effort. They do look like 'millstones' to me but an expert might be better able to assess them.

Most of the gritstone edges were quarried for millstones and building stone. This Crich Chase location being almost the most southerly of the gritstone outcrops [ending south of Belper] would have been ideal for supplying millstones for the various Derwent mills in the locality and possibly all the way downstream to Derby and via the waterways to who knows where?

These more southerly outcops and edges are a finer gritstone than the more northerly one, but this fineness can be identified in a height cross-section as well. For instance the stone extracted from the Dukes/Robins Hood quarries at Whatstandwell is a very fine-grained stone, softer and redder in colour when first cut. Not a good stone for millstones, but still a good building stone as it is more easily cut even if not quite so durable. The redness changes to 'grey' over time. A good example is the walls built on either side of the entrance into Dowie Way. That on the left-hand side going into Dowie Way was built later than that on the right-hand side. This left side was freshly quarried and bright red when laid but has now 'greyed' up and is indistinguishable from the stone on the right side which was probably a re-cycled stone when laid. The same happens even to limestone walls. People often complain about 'new build' stone houses because they do not blend in with the other properties. I just say come back in the future if you can. 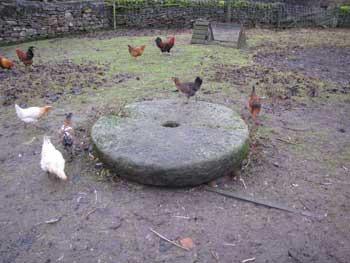 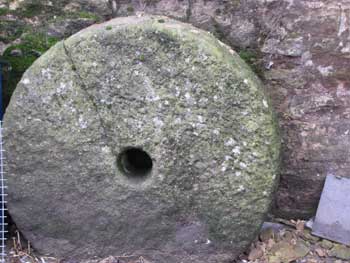 These two large millstones are at at a farm which is below where an old windmill once was (at the site of the house Penrose). The windmill burnt down some time between 1845 and 1900.