He enlisted into the 105th Regiment of Foot on 10 January 1868 aged 19 for twelve years, a framework knitter of Crich; 5ft 6⅛in tall; fresh complexion; brown eyes; brown hair. His next-0f-kin was recorded as "Uncle, Crich Village."

Promoted to Corporal 23 May 1880 but demoted back to Private 10 April 1881 after a trial for drunkenness. Several Good Conduct awards were granted and removed.

He was discharged 15 July 1884 as being medically unfit for further service.å 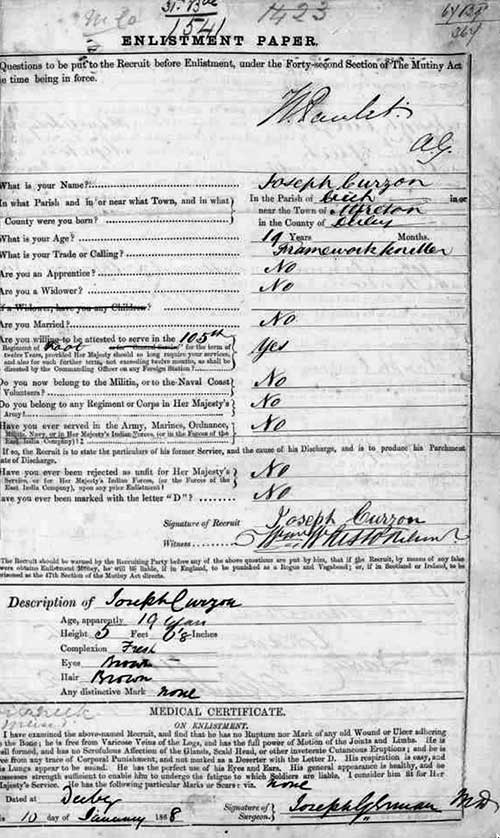 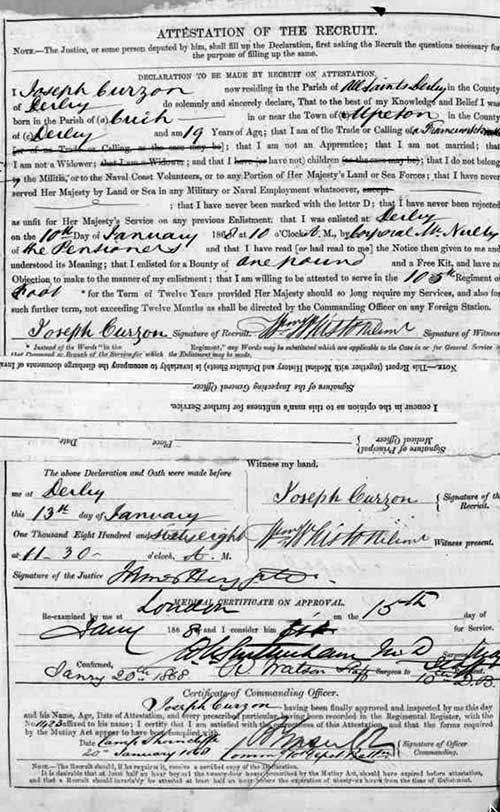 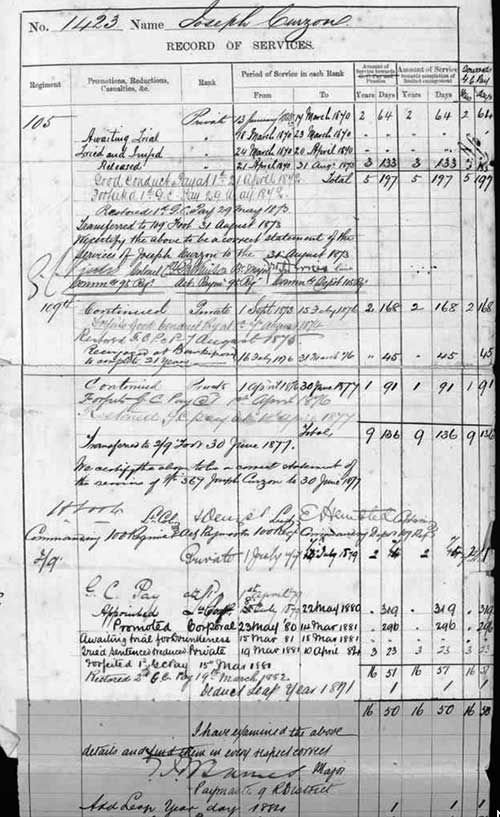 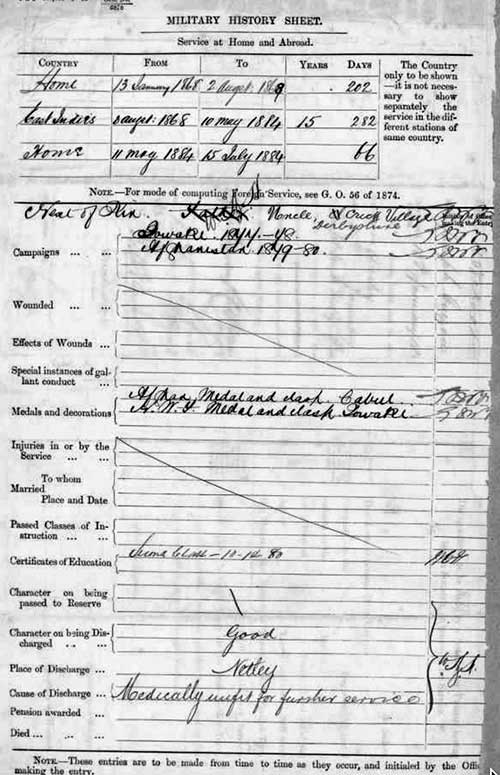 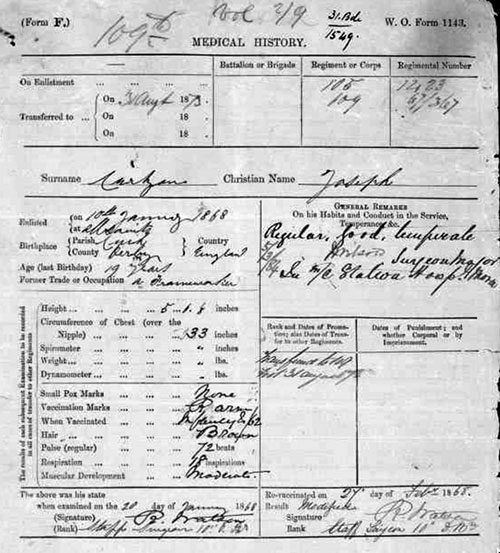 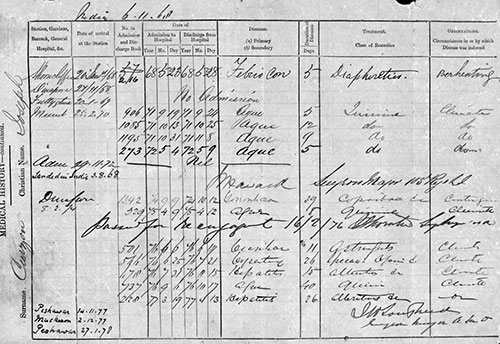 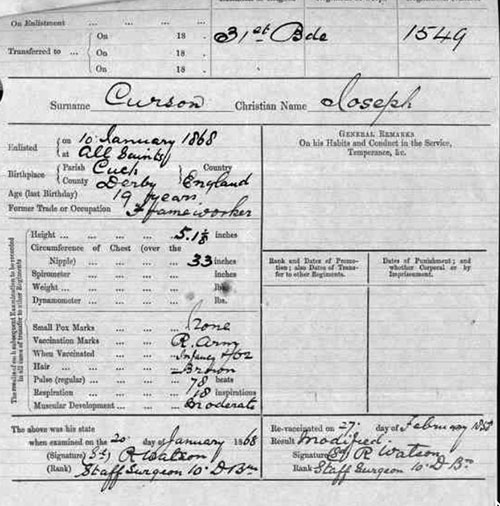