William DAKIN, labourer, a Wesleyan,was born 1857 at Crich and enlisted in the Deryshire Regiment on 18 October 1878 aged 21 years 3 months. Intially he was to serve for six years but on 19 September 1883, whilst serving in Lucknow, he extended this to ten years finally being discharged on 17 October 1890 after twelve years, He had forfeited two years service after several periods of imprisonment. He served for a short time in Gibraltar then over six years in the East Indies. He had been Court Martialled four times. In 1889 William took part in the Sikkim and Dum Dum campaigns. 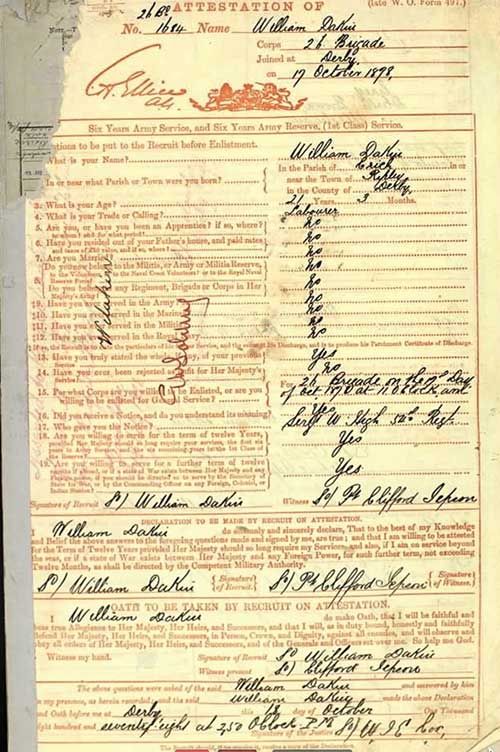 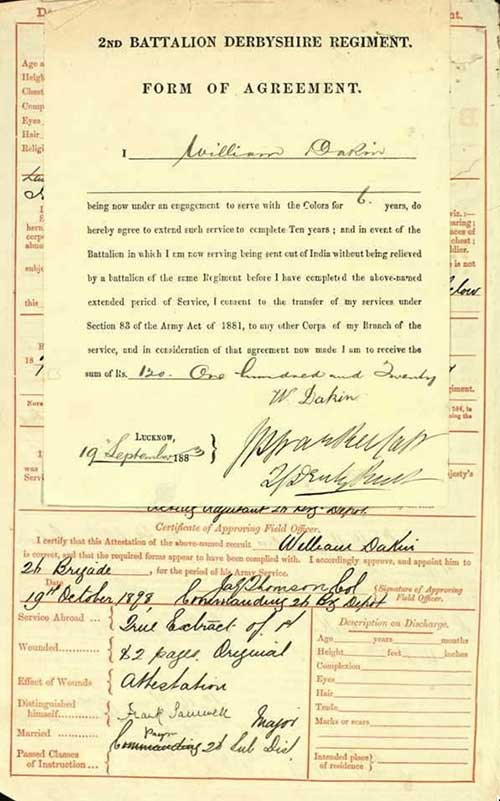 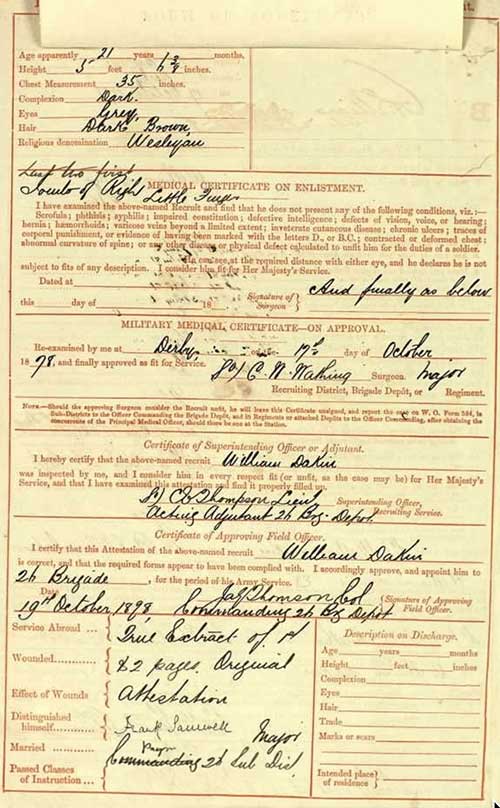 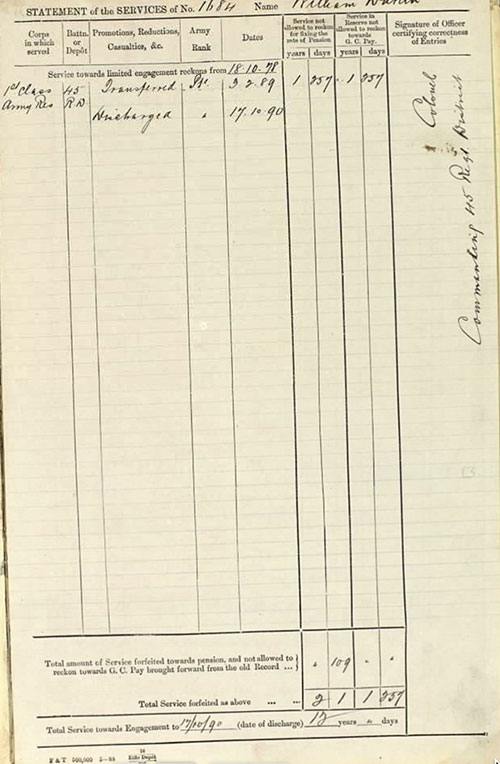 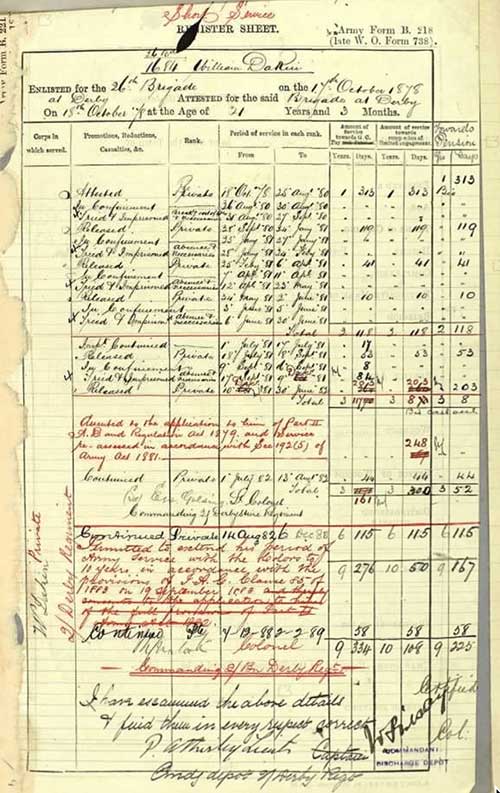 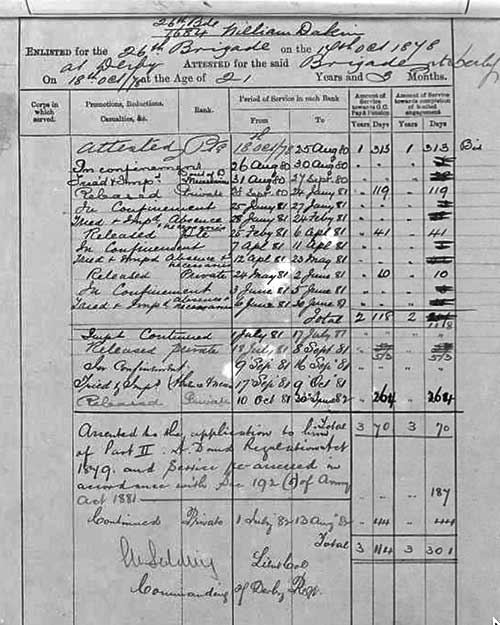 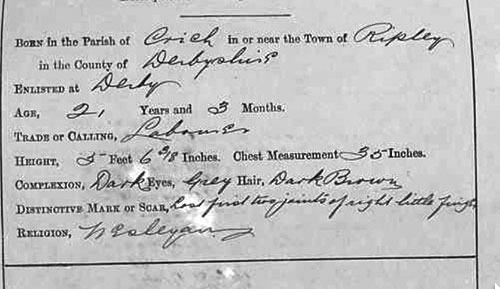 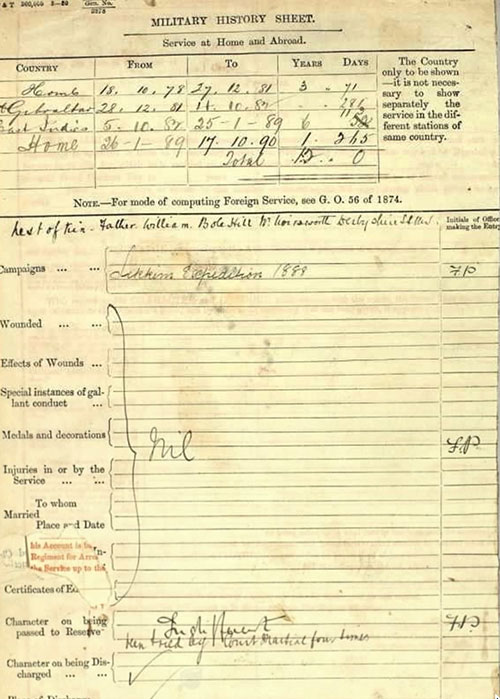 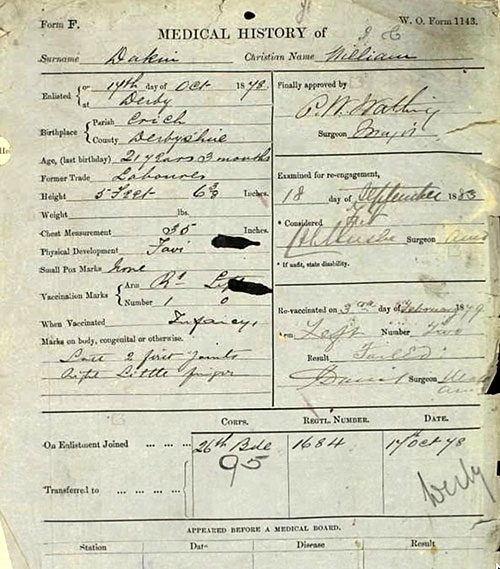 No other definitive records have been found for William DAKIN born in about 1857 with a father named William. There was one red herring baptism. A William Hiram DAYKIN born in 1857 had a Wesleyan baptism on 12 July 1862, This was on the Ripley Circuit which would have taken in Crich non-conformists but the parents were Peter and Mary DAYKIN. William's army record (sheet 8) states his next-of-kin as William, father, of Bole Hill, Wirksworth.

There is an online book entitled "The Derbyshire Camapign Series No. 4: SIKKIM EXPEDITION OF 1888" The 2nd Battalion Derbyshire Regiment in the Sikkim Expedition of 1888. http://books.google.com/