Enclosure maps of Crich for 1786

The following information is taken from the archive of the late Dr Geoff Dawes who was a well-known local historian of the Crich Parish.

It has been reproduced with permission of his family.

With Dr Dawes' tracings of the enclosure maps are these notes:

Crich Enclosure Award – 26th year of the reign of George III (1786)
The commissioners were: John Beighton, Joseph Outram, Geo Barber, John Nuttall
The award was: “For dividing and enclosing the several commons and wastelands within the Manor of Crich”

Named: Lords of the Manor of Crich included
a) the Earl of Thanet
b) the Sir Edward Wilmot (Bart)
c) Peter Nightingale
d) David Woodhouse

p365
Langley Mill Turnpike Road is mentioned – is going (in Crich) from Wakebridge to Bullbridge (But a map is needed): the numbers of the allotments bordering the road are given, as are the owner’s names and also those of the new owners of allotments under the (new) enclosure award.

Similarly for the Wirksworth Road. The Wirksworth Turnpike is stated to run from Whatstandwell Bridge to 4 Lane Ends at Oakerthorpe.

p365
Fritchley Mill Road – branches out of the Tan Yard Lane to the SW corner of Mill Green.
Rue Cliff Road – from Crich to Fritchley is stated to pass by the site of a stone quarry. 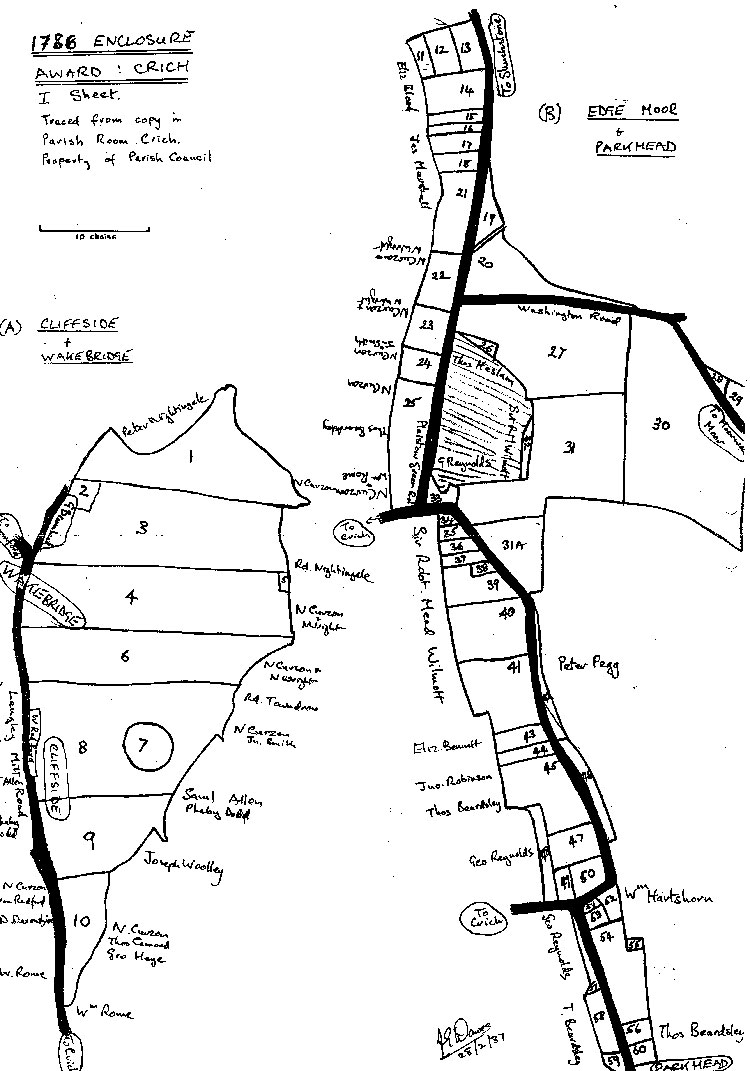 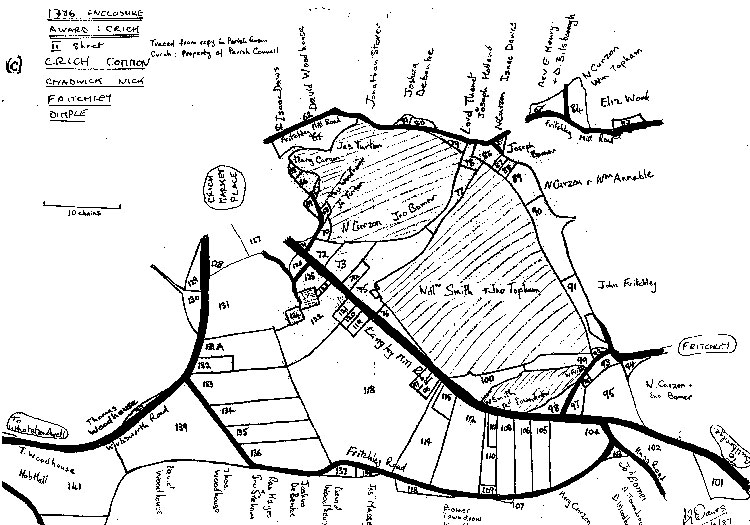 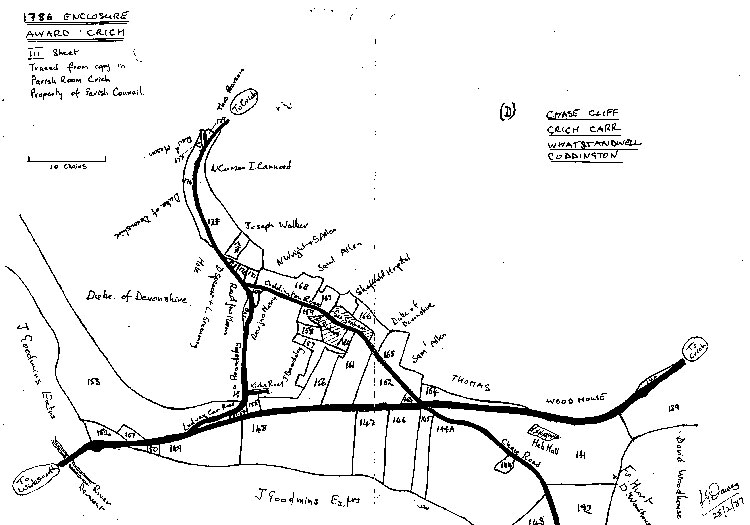