From his Army record – he enlisted in 1859 aged 23, a labourer, born at Crich. The next of kin was his married sister Emily HINDE living at Chesterfield. He saw service in the West Indies, Bermuda, Nova Scotia, Gibraltar and South Africa. Discharged in November 1884.

His sister Emily HARRISON had married George HINDE in Q2 of 1863 at Chesterfield. 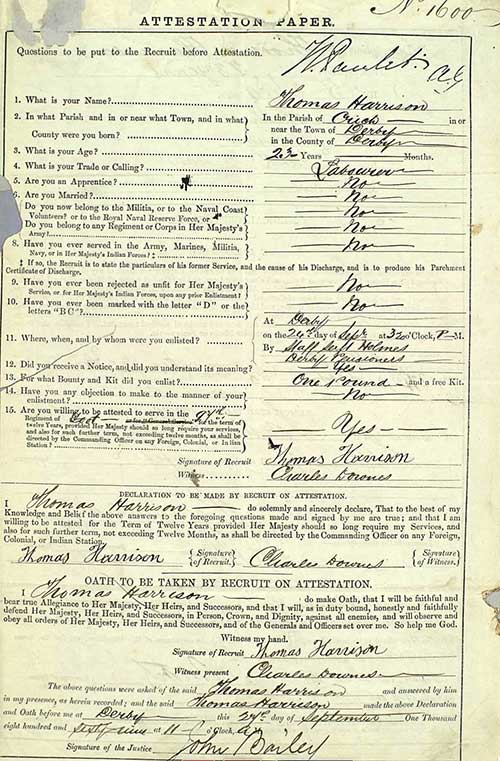 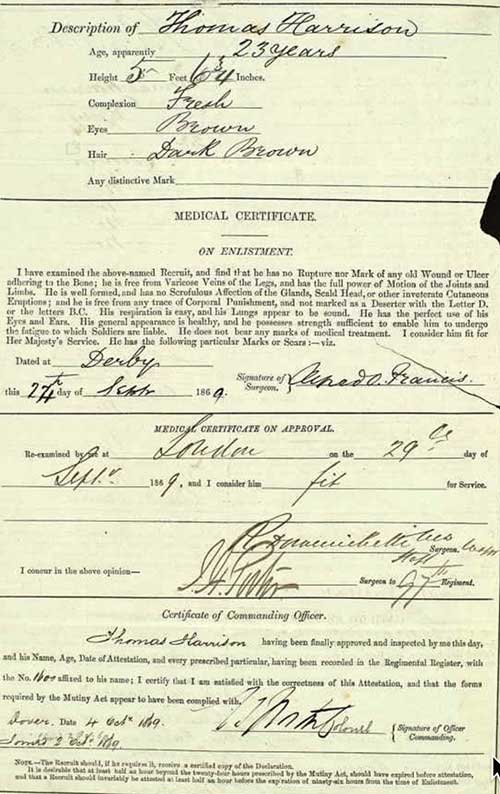 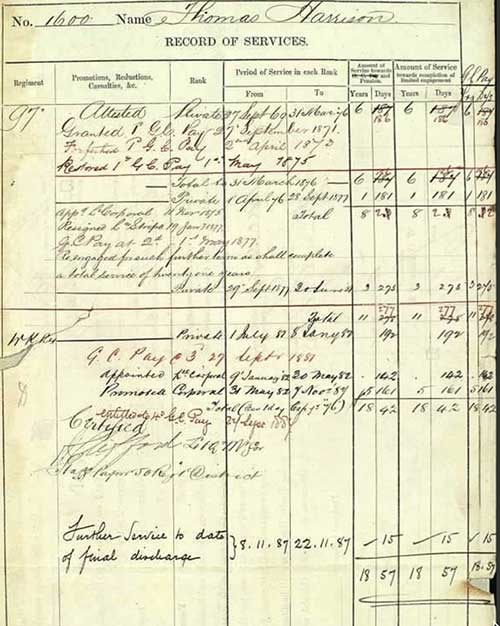 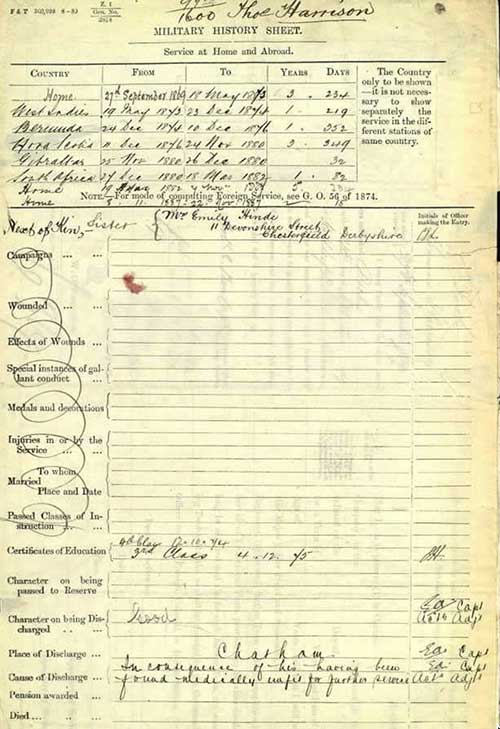 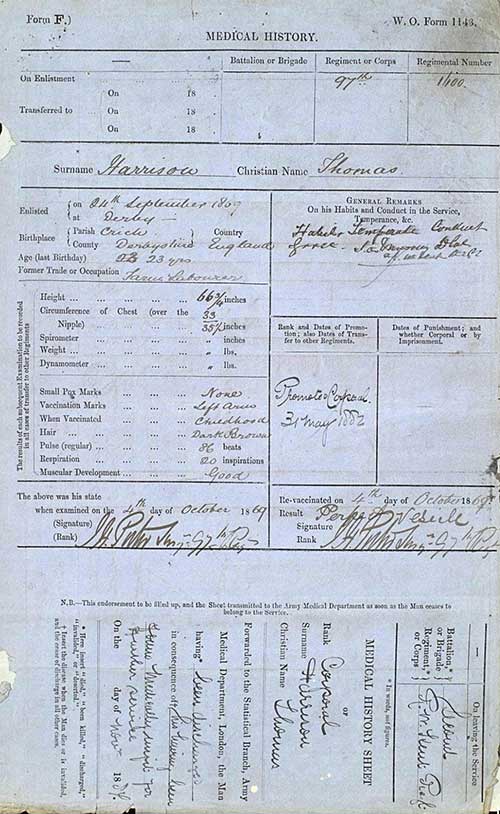 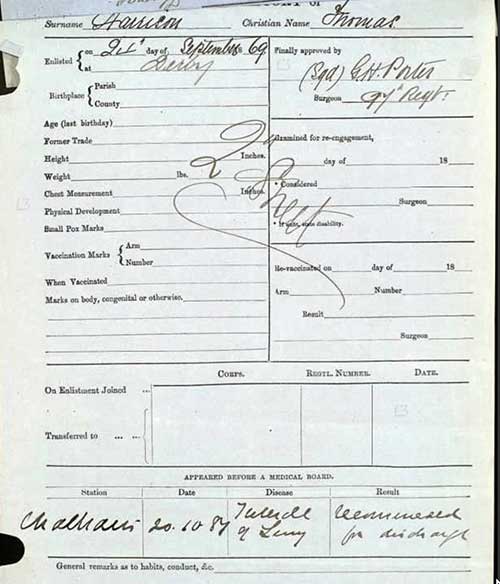 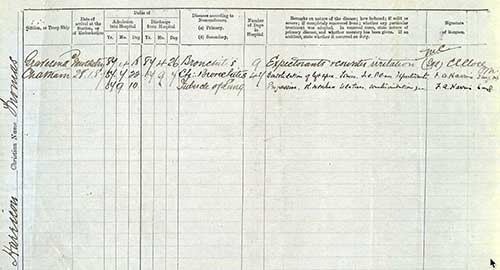