His parents were John HIRST and Eliza SIMS

His father died 1894 at Matlock 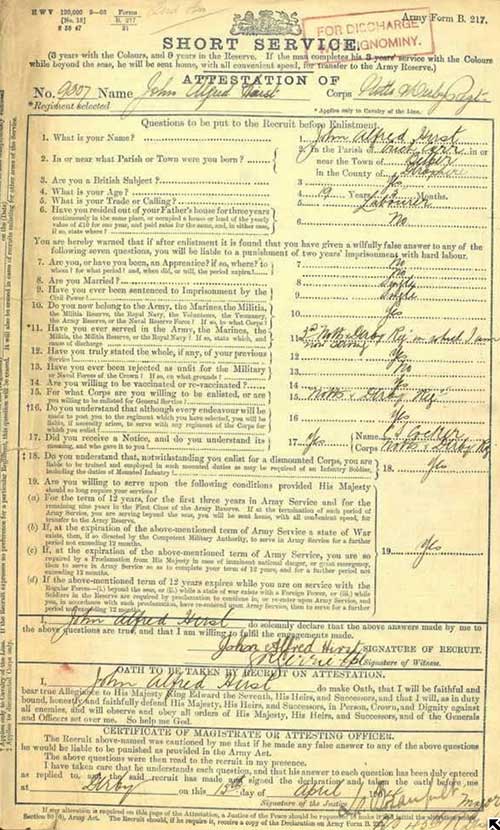 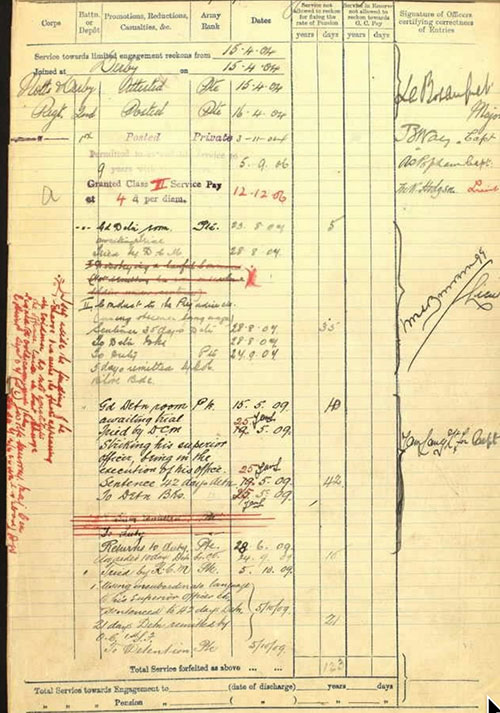 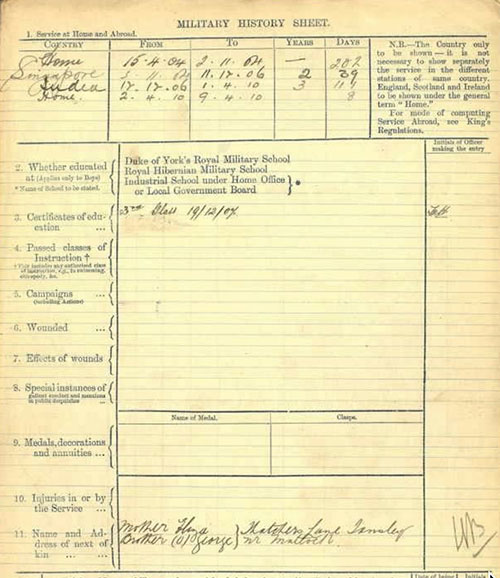 After he left the Armyin 1910 it is possible that he moved to the Sheffield area where his mother and siblings were living. There was a John A HIRST who married a Nellie MILNER there in Q4 of 1915 in the Eccleshall Bierlow district; also John A HIRST died Q4 of 1918 in Doncaster district; born 1885. This John Alfred HIRST served during WW1 with the Border Regiment (No 5110). 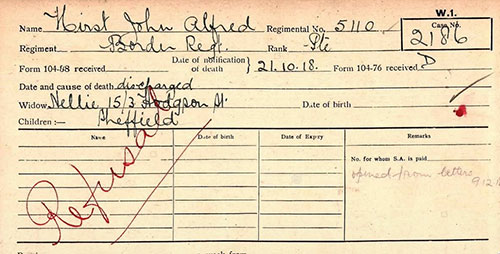