Derby Daily Telegraph 23 December 1889
We understand that HOLMES, of Crich, who created such a favourable impression in the recent practice match on the Derby County Ground, today (Saturday) appended his signature to a professional form on behalf of Derby County.HOLMES, who has been identified with the Matlock F.C. Has an excellent reputation as a player, and his inclusion in the team will certainly strengthen the left wing. 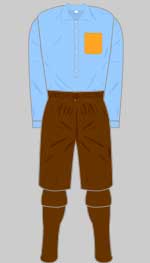 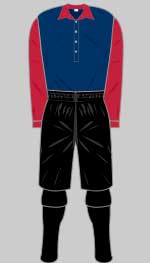 Samuel's brother William also played football with him during his time at Crich.

Derbyshire Advertiser and Journal 14 December 1888
DERBYSHIRE FOOTBALL ASSOCIATION
Two members of the Crich Club, SHIPLEY and HOLMES, were suspended to the end of the present season, and it was decided to write to Crich to ask them to explain the conduct of their players &c, in the recent Minor Cup Tie.

Derbyshire Courier 16 March 1889
DERBYSHIRE FOOTBALL ASSOCIATION
Application was received for the reinstatement of W. HOLMES, of Crich, who was three months since suspended for the rest of the season, for ungentlemanly conduct in the field. The application was granted.

Derbyshire Times 19 September 1891
Sam HOLMES, of Crich, and last year’s Derby County man, is engaged with Burton Swifts, for whom he is centre.