Attempt to blow up Crich police station in 1877

One of earliest recorded police houses in Crich was at 20 Cromford Road, near to the church. 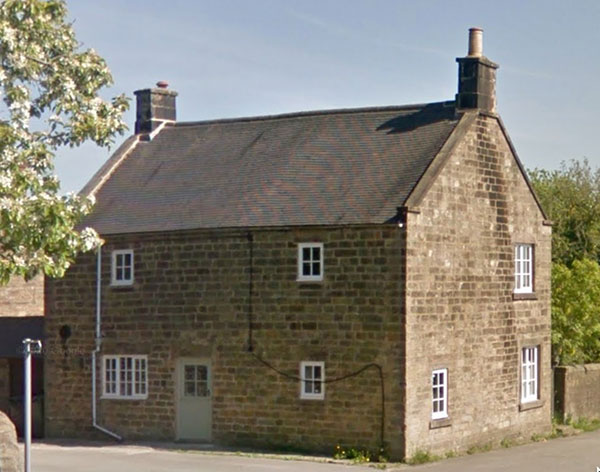 In 1877 there was a plot to blow up this police house which wasin the occupation of P.c. Mee and his family. A grudge-bearing resident, Andrew Blackwell, tried to blow up the house and its occupants.

This was much reported in the press at the time.

Derbyshire Courier 28 April 1877
A modern Guy Fawkes is at large somewhere about Crich, and I would counsel the country people in that neighbourhood to beware! He is a desperate villain, worse far than the rabid conspirators who frighten youngsters in the opera of “Madame Argot” , for he amuses himself by throwing a bottle of gunpowder, with lighted fuse attached, through the windows of any houses which happen to be occupied by those who love him not. He did this on Sunday morning at Crich with the intention of killing a policeman, who being four miles away, did not come in for the distinguished honour. His wife, however, had a narrow escape of being blown to pieces, and is understood to have left bed in a hurry, as soon as she heard the bottle crashing through the window. A courageous man named Barber, extinguished the fuse, and scattered the powder, so little harm was done. The reporter who describes the affair states nevertheless, “that if the powder had exploded it would have destroyed the church.” This gives a new phase to the outrage, and opened up a new aspect of Disestablishment. If the policeman had been killed, and the church destroyed, we should have had not only a separation of Church and State, but the annihilation of both these institutions so far as Crich is concerned. Fortunately the plot, like that of the original Guy Fawkes was frustrated, and the only thing to be done now is to seize the conspirator, and teach him wisdom. 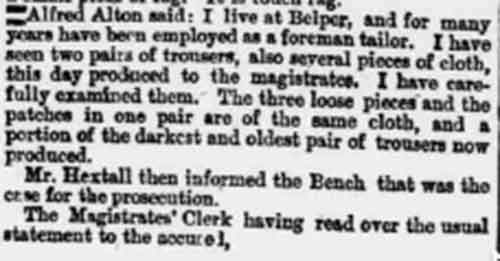 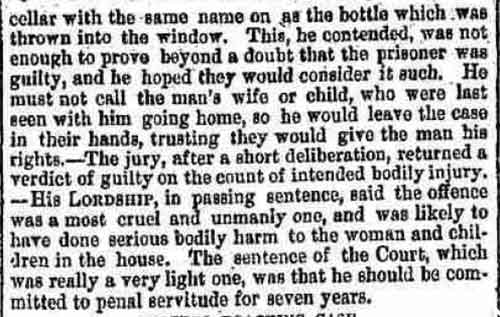 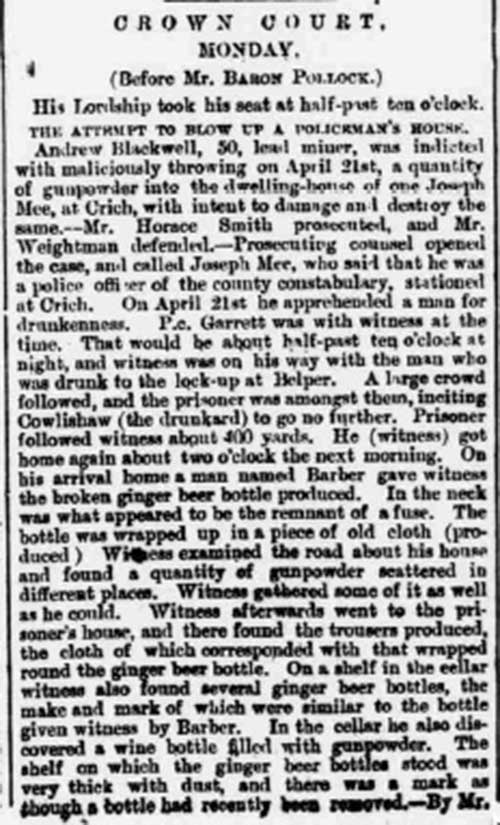