His Army record showed him to have been born in about 1823 at Crich; a labourer enlisting on 29th June 1843.

He served 23 years and 49 days having been posted to the East Indies, Ionian Islands, Crimea, Malta, Aden and finally New Zealand.

Enigmatically the record shows he was ineligible for the In pension for certain reasons. 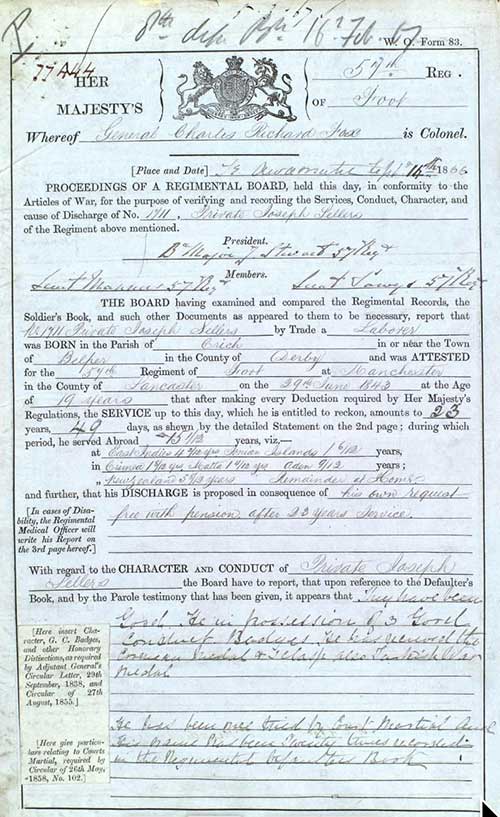 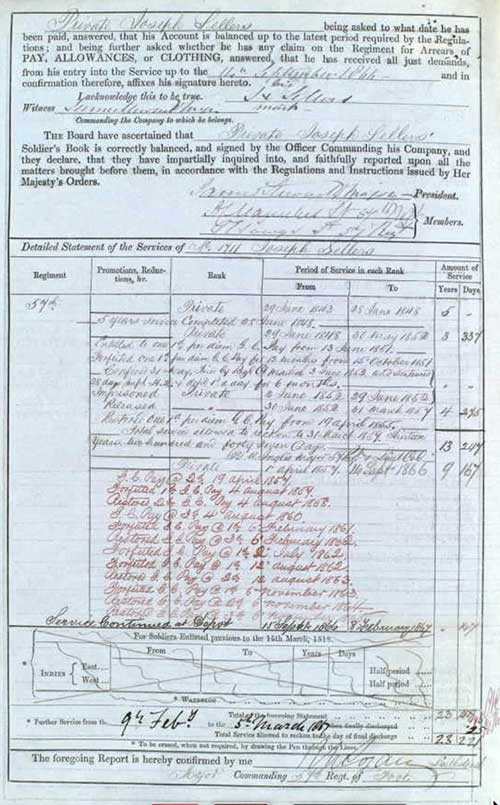 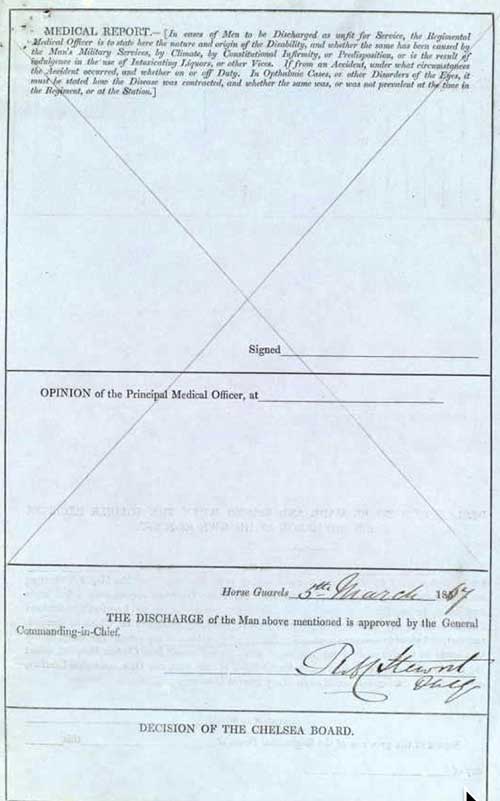 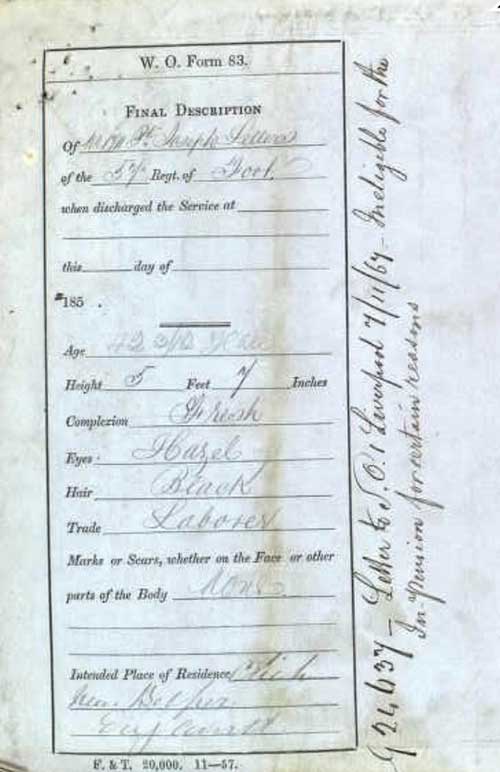 The 57th of Foot Regimebt were known as the "Die Hards".

In the Crimean War the regiment fought at the Battle of Inkerman ( November 1854) and the Siege of Sevastapol (winter 1854). In June 1856 it moved to Malta . During November 1860 it sailed for Auckland, New Zealand, for service in the New Zealand Wars.