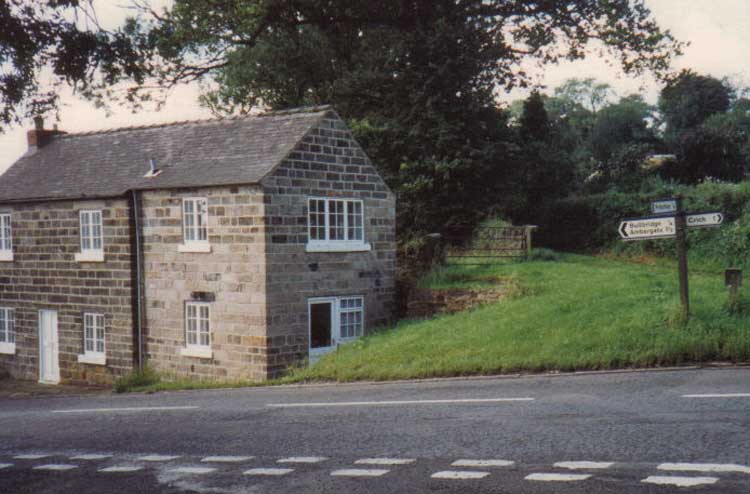 Crich tollbar posts were moved to a nearby farmer's field 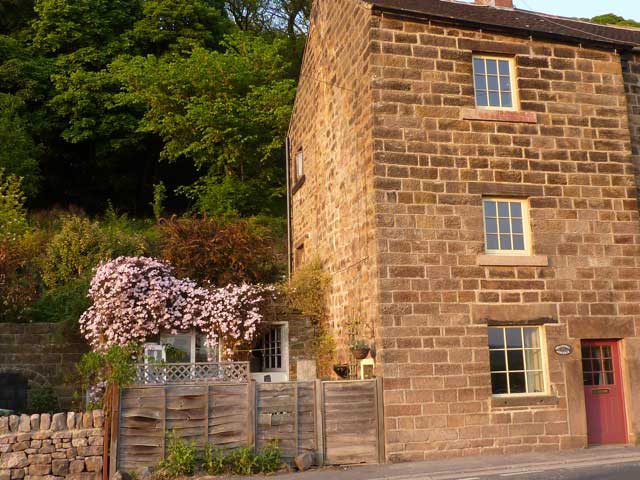 Tollbar cottage at Holloway on the Crich to Cromford road 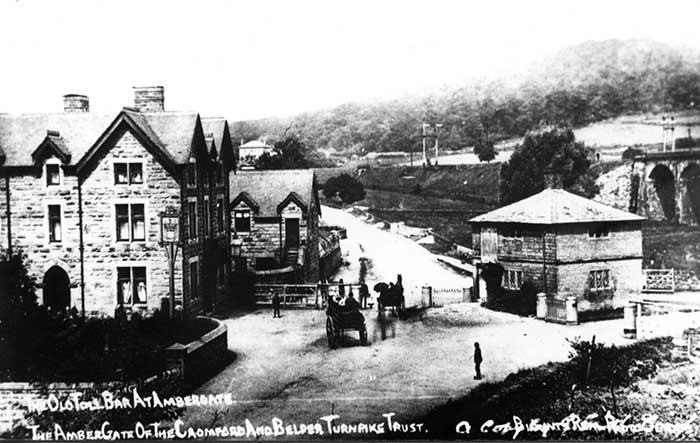 Tollbar at Ambergate on the A6 beside the Hurt Arms

Note: The toll bar at Parkhead were destroyed when he road was widened at Reservoir Corner. The posts were removed to become part of the wall dividing 'top side' and 'bottom side' of the Common at the top of the Dimple.