John WALKER enlisted into the Rifle Brigade on 4 May 1808, at Canterbury, aged thirty-five. His record indicated that he had indifferent service in the Peninsular war. On 12 May 1816, at Sains le Margherite near Cambrai, he suffered an accidental wound to his right eye which had to be removed. He was finally discharged, aged forty, on 6 January 1818 after serving twelve years and eight months. If he was about 25 on enlistment he would have been about 37 on discharge, so a slight anomaly there. His occupation was listed as Weaver.

There was a John WALKER baptism at Crich on 14 January 1776, father also named John. 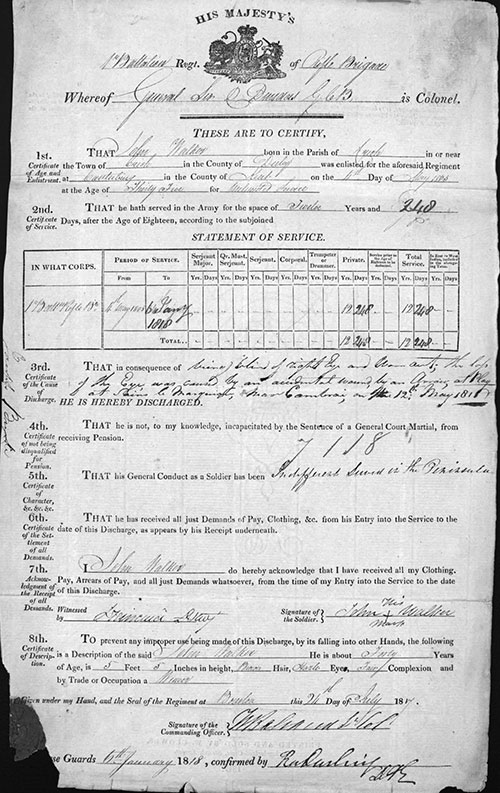