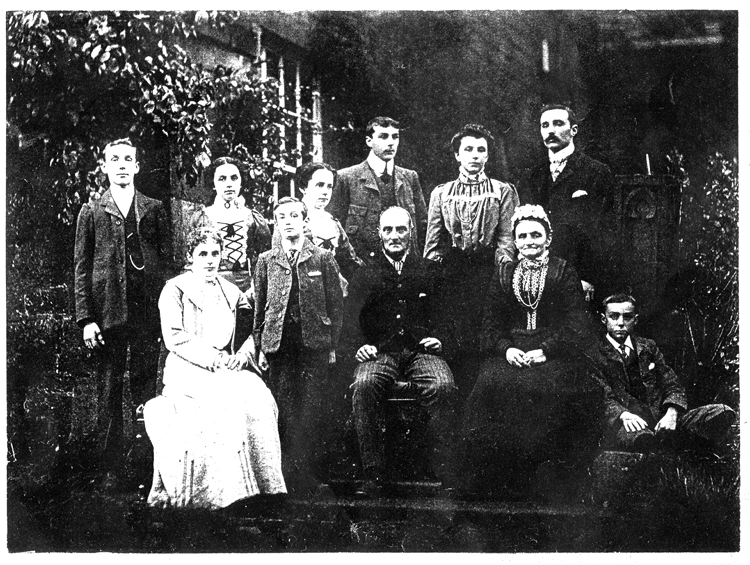 Vaughan and Emily Taylor, pictured with their nine children outside the family home at The Mount, circa 1900-1905. Vaughan was a successful Crich farmer and butcher, who was born at South Normanton. He married Emily Taylor at Matlock Bridge Wesleyan Chapel in 1874. Vaughan lived 1849-1925; Emily lived 1848-1914.

Vaughan and Emily's youngest son, John Walter Taylor, is listed on the First World War 'Roll of Honour' inside Crich Parish Church, as are two of their grandsons: Robert Pierpoint and John Roger Haynes.