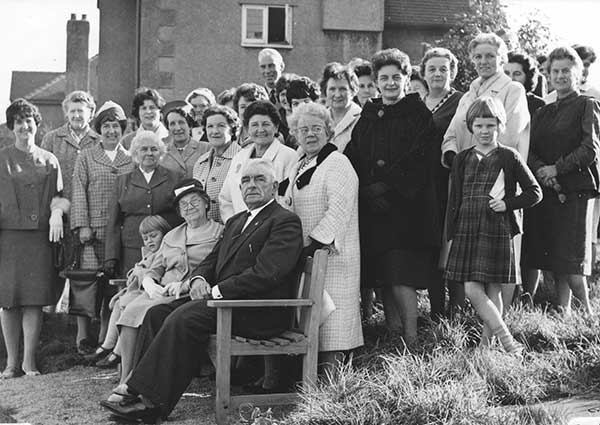 Presentation of a community seat by Fritchley WI
Sited on Bullbridge Hill on the triangle with Top Hagg Lane
Ike Woolley seated, Cllr Jim Briggs standing at the back 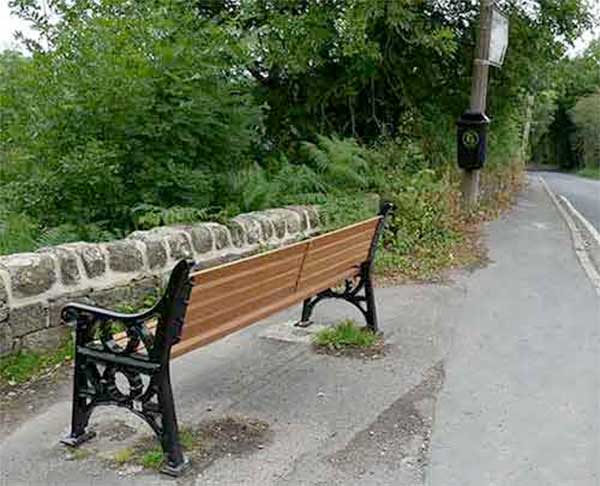 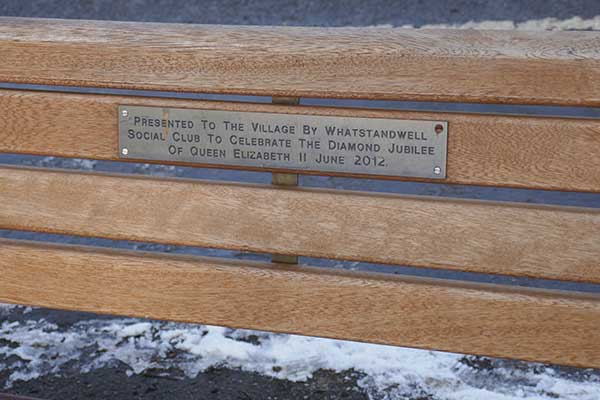 Seat provided for the community by Whatstandwell Social Club
Sited at the bottom of Shaws Hill on Main Road, Whatstandwell 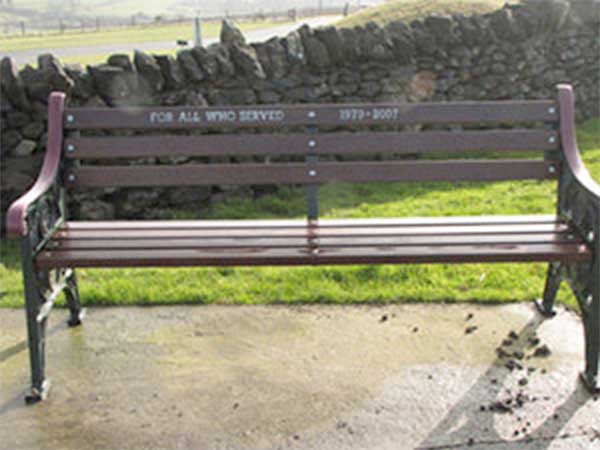 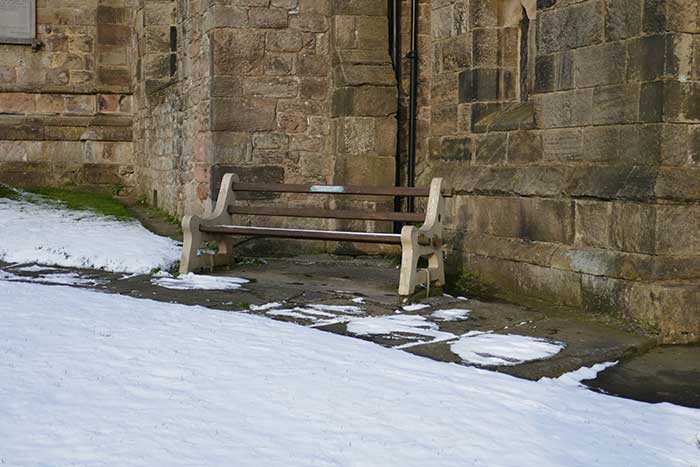 Seat outside St Mary's Church
The plaque reads:
"Presented by Crich Branch to commemorate
the 50th anniversary of the founding of
the Royal British Legion 1921–71"