One of earliest recorded police houses was at 20 Cromford Road. A newspaper report of 1877 indirectly makes reference to its position. From this report it would seem that in 1877 the police house must have been situated near to the church.

Derbyshire Courier 28 April 1877
A MODERN GUY FAWKES IS AT LARGE SOMEWHERE about Crich, and I would counsel the country people in that neighbourhood to be aware! He is a desperate villain, worse for them the rabid conspirators frightening youngsters in the opera of “Madame Angot”, for he amuses himself by throwing a bottle of gunpowder, with lighted fuse attached, through the windows of any house which happens to be occupied by those who love him not. He did this on Sunday morning at Crich with the intention of killing a policeman, who being four miles away, did not come in for the distinguished honour. His wife, however had a narrow escape of being blown to pieces, and is understood to have left bed in a hurry, as soon as she heard the bottle crashing through the window. A courageous man, named BARBER, extinguished the fuse, and scattered the powder, so little harm was done. The reporter who describes the affair states, nevertheless, “that if the powder had exploded it would have destroyed the church.” This gives a new phase to the outrage, and opened up a new aspect of Disestablishment. If the policeman had been killed, and the church destroyed, we should have had not only a separation of Church and State, but the an annihilation of both these institutions as far as Crich is concerned. Fortunately the plot, like that of the original Guy Fawkes, was frustrated, and the only thing to be done now is to seize the conspirator, and teaching wisdom.

In earlier times the village stocks were close to the church gates. They were made in the usual way with a hinge at one end. They were iron bound with stone posts with four holes in them with a low seat for the culprit to sit upon. The seat was fixed so that the villains backs could not touch the wall.

There was a village prison (noted in the 1839 Parish Survey), where more serious sinners were held. This was a small dark sparse room under the "old" Parish Rooms, which was eventually used as a toilet before improvement of the buildings occurred.
Information courtesy of the late Joan E. Wragg.

The next police house with its own cell was in Crich Market Place at what is now Crich Butchers. 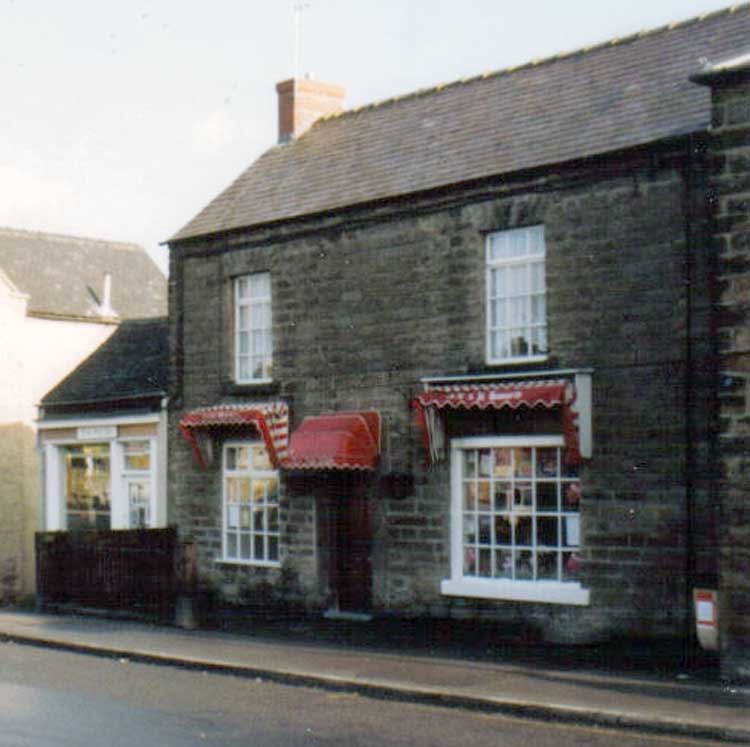 In 1901 this was replaced with a new police house and cell on The Common, nearly opposite Dial Farm. 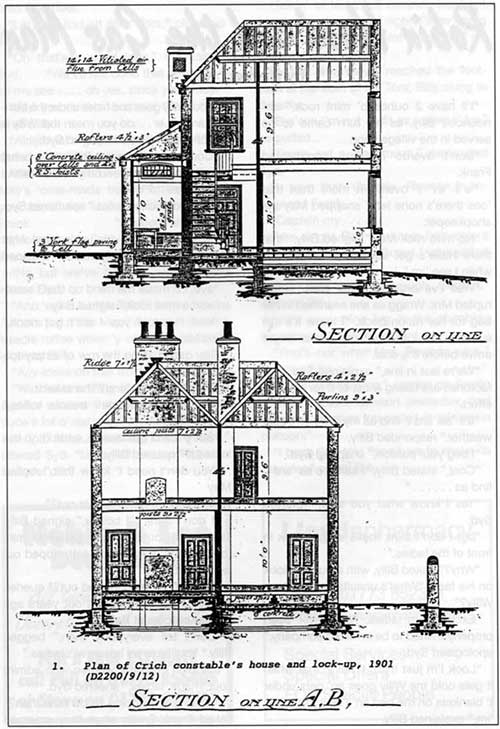 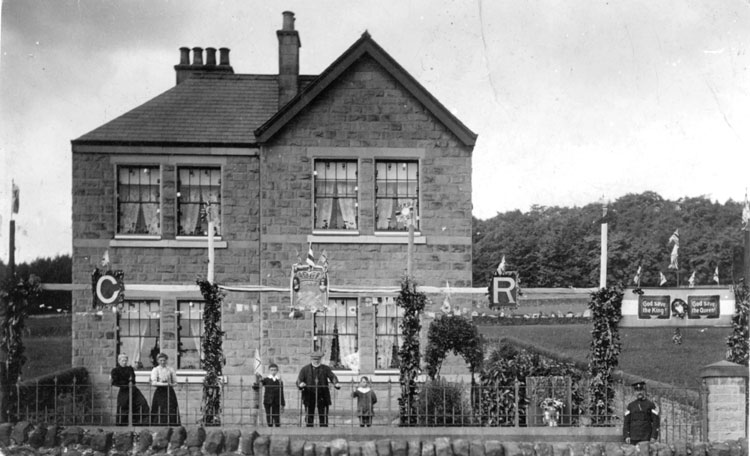 Outside the police house on the Common in 1911 celebrating the Coronation of George V,
Sergeant Wyles in at the front

This building is currently a private dwelling.