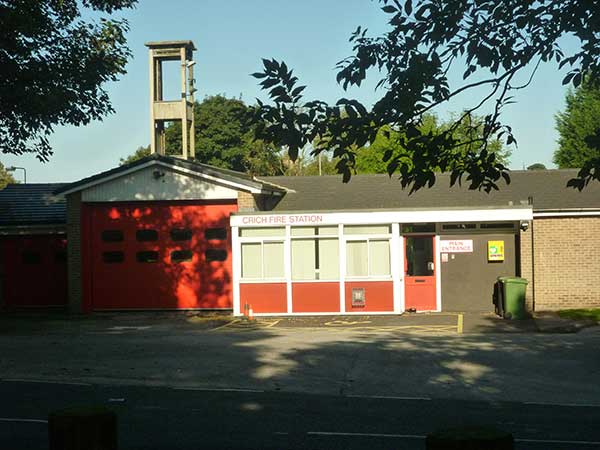 [Thanks to Phil Dolby] 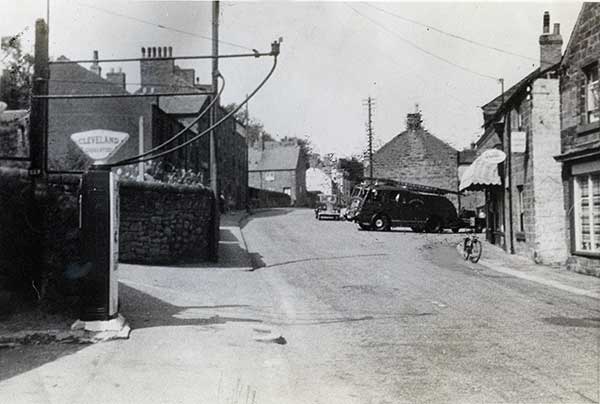 Belper News 15 July 1910
THE FIRE STATION
The deputation from the Council, Messrs Smith, Dakin, and Lynam, who had visited the fire station at Wingfield, reported that everything there was an excellent order and condition in a case of fire, and the appliances could be obtained at a moments notice.
The question was asked how long it would take to get the Crich cart and hose ready for action.
The chairman (Mr JR Smith) said there were three carts and a trap to be moved away before the brigade could get the appliances out. Mr Smith suggested the Council should have a place of their own built of wood with a zinc roof, in the Marketplace, at an estimated cost of £10. Mr Hawkes thought the Council should erect a respectable fire station if one was rebuild at all, and that £20 would be nearer the cost. Mr Dyson asked if the Council would appropriate land for building purposes on the Marketplace. The clerk (Mr W Glossop): the Marketplace is the property of 16 Lord of the Manor!
In answer to a question the chairman said it would cost £50 to erect a stone building that will serve the purpose of the storeroom and brigade station combined. Mr Dyson said the Crich Reading Room could be bought with sufficient money to pay the mortgagee.
Mr Dakin: how much is that?
Mr Dyson: £200. The building originally cost £300 and there some good furniture to value about £20.
The clerk stated that the Council now paid in storage sufficient to pay 5% upon the amount mentioned.
Mr Dakin: the trustees might if approached take even less than £200.
Mr Dyson said personally as a trustee, he thought not, and he could not advise his co-trustees to do so. The matter was eventually left over for further enquiries to be made by the clerk.

Brief History of the Fire Service

The first organised firefighting is believed to have originated in the UK after the Roman invasion in AD 43. This was limited to buckets and simple syringes that squirted water at the fire. Once the Romans left the country everything took a backward step including organised firefighting. During the Middle Ages many towns and cities simply burnt down because of ineffective firefighting and the use of wood as the main building material. Some parishes organised basic firefighting but there was no regulation and no standards were in force.

The Great Fire of London, 2 September 1666, started as a small fire in Pudding Lane in a baker’s shop. It quickly spread and lasted for three days. In that time it consumed 13,200 houses and eighty-seven churches including St Paul’s Cathedral. 70,000 of the 80,000 population were left homeless. There was no police or fire service but London’s local militia, known as Trained Bands, were available for emergencies. One of their duties was to watch for fires at night. Hence the term nightwatchman, and watch, is still being used by the fire service to describe a shift of men. The watchman would alert citizens about a fire by ringing muffled peals on the church bells. By law every church tower held ladders, buckets, axes and fire hooks to pull buildings down to create firebreaks. The local citizens on hearing the bells would gather and use the equipment to fight the fire. They also used gunpowder to demolish buildings to stop fire spreading.

Following the Great Fire of London firefighting changed. A property developer called Nicholas Bardon introduced the first insurance against fire. To reduce claims he formed his own Fire Brigade. Other insurance companies soon followed and this is how properties were protected until the early 1800s. Policyholders were given a badge or firemark to fix to their building. The different brigades would only tackle fires if their badge was on the building. Many of the insurance companies merged, including those in London. In 1833 the London Fire Engine Establishment formed and employed James Braidwood as their first fire chief . He died in 1861 fighting a warehouse fire in Tooley Street, London. Other areas of the UK had either volunteer fire brigades, or town fire brigades. By 1938 there were between 1400 and 1500 small fire brigades run by local councils.

With the threat of war the government created the Auxiliary Fire Service (AFS) in July 1938 to argument the fire brigades. Part - time fireman were given an AFS lapel badge when they completed their training. The AFS and the fire brigades amalgamated in 1941 to form a single service called the National Fire Service (NFS). At its peak there were 370,000 personnel including 80,000 women who did mainly admin duties. The chief fire officer of the NFS was Sir Alma Firebrace, an apt name.

After the war the Fire Service Act of 1947 split up the NFS and returned the Fire Brigades back to the control of local authorities. There was one brigade per county plus city and borough brigades in the largest cities totalling 248 brigades. In 1974 many of the city and borough brigades were amalgamated with the county brigades. Yet another reorganisation took the Fire Brigade out of the control of the local authorities and they became independent fire authorities. There are now about sixty-three brigades in the UK known as Fire and Rescue Services. Scotland has amalgamated all its brigades and now there is just one fire authority in Scotland.

Only twelve fire engines are crewed by full-time firefighters. The other twenty-nine fire engines are manned by retained firefighters. These are people who live or work near the fire station and respond to incidents when their pager is operated. Crich has eleven firefighters. In the past sixty years Gordon Bown served for thirty seven years as a retained fire fighter at Crich. He was awarded the Queen's Silver Jubilee Medal of which only a few were presented in Derbyshire. However, in the past two years two more members of the present crew passed the thirty-year mark. 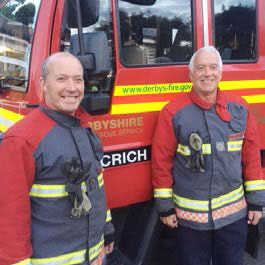 Paul Sayles, a farmer from Parkhead, is now the longest current serving firefighter at Crich with nearly thirty-two years of service. At the tender age of fifty it is possible he can serve for over forty years.

Phil Dolby, postmaster at Crich Post Office, has also completed thirty years with the fire service. Phil has been the Station Commander of Crich for twenty-three years and is one of the longest serving Watch Managers in the Derbyshire fire service.

Everybody who serves with the Fire and Rescue Service for twenty years is awarded a long service medal. A ceremony is held in Derby once a year, attended by the Chief Fire Officer and dignitaries from the council.

There are records at the fire station of seventy-one people who have served at Crich. Thirteen of them managed to complete at least twenty years' service and one, managed thirty years' service.