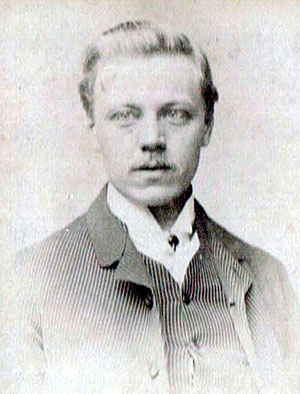 George Godfrey Macdonald was Crich's doctor for many years working from "Roskeen" on the aptly named Surgery Lane. He was raised and educated in Scotland, moving to Crich in 1890 where he set up a medical practice in the village. He was medical officer for the districts of Crich and Dethick, Lea and Holloway. In this capacity, he was known to Florence Nightingale, who's family home was at nearby Lea Hurst. For many years he practiced in partnership with Dr Henry Rankin. His daughter, Dr Eileen Macdonald, succeeded Dr Rankin as a partner in the practice, and succeeded her father as medical officer on his retirement in 1929. He was appointed a Justice of the Peace in 1906 and served for more than thirty years as a member of Derbyshire County Council, latterly becoming an alderman. 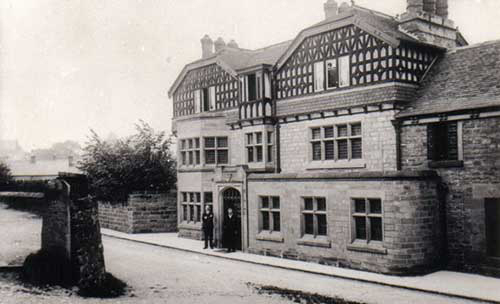 Doctors Macdonald and Rankin outside "Roskeen" their surgery

In St Mary's Church, Crich, there is a stained glass window dedicated to Dr Macdonald. It is situated beside the original Roll of Honour to the Crich men who served in the Great War (1914–1918). His son Ian Pendlebury Macdonald is listed on that Roll. 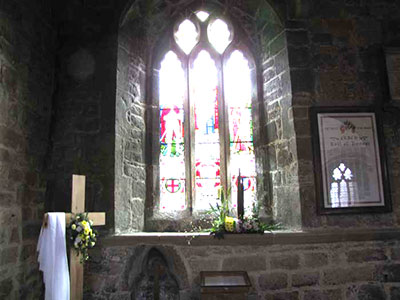 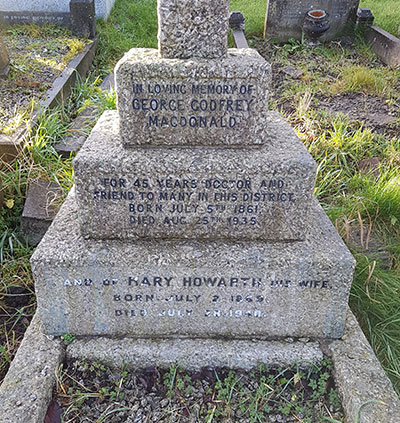 After Dr MacDonald died in 1835 his daughter Eileen carried on the practice until 1946 when Dr. Twist took over.

From the Baptish Chapel minutes 1929–1958: [courtesy Alan Flint]
January 1935– Miss Flaura (sic) Macdonald requested permission to plant two Jubilee trees (double cherry trees) in front of the chapel. One paid for by the Girl Guides the other by Dr Macdonald. This was granted.
[Note Flora M Macdonald was Dr Eileen Macdonald's sister]