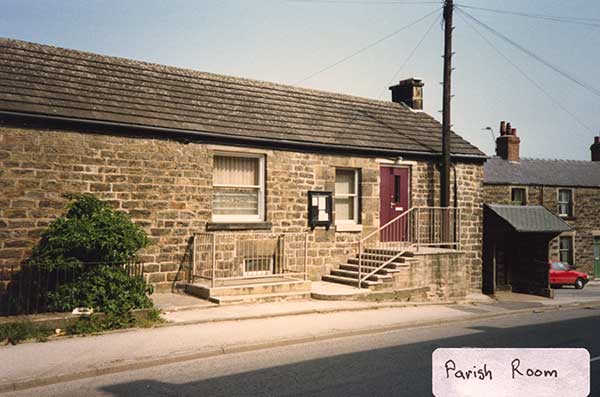 Extracts from "A History of Crich" by Geoff Dawes (Landmark Publishing 2003), reproduced with permission.

The Rating Survey of Crich 0f 1839 records that the parish was required to pay rates on the village prison, which was a small building of stone at the northern end of the block in which the Parish Room was to be found.

In 1894 the Parish Council was created in Crich. It took over, as its place of meeting , the Independent Club Room which became known as the Parish Rooms.

In successive generations local administration was based upon vestry meetings and eventually on parish meetings and in due course the 'administrative' meetings of the village moved from the church to the Parish Rooms.

The Primitive Methodists opened a chapel on Sun Lane in 1955; previously they had met in a room erected by the Independent Friendly Society in 1835 (which eventually became the Parish Room).